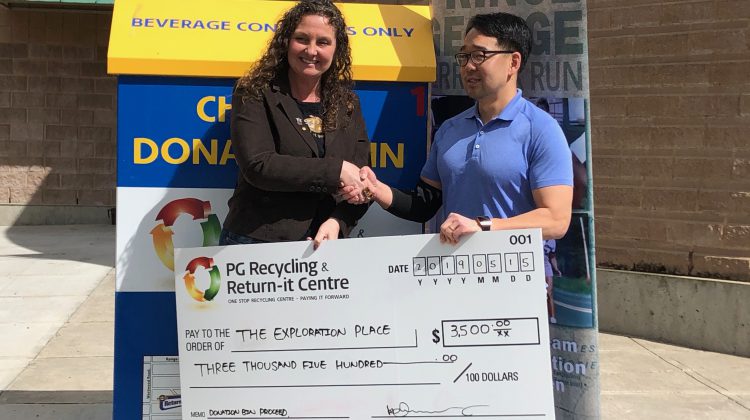 The Prince George Recycling and Return Centre is having an impact on the community one can at a time.

On Wednesday morning the PG Recycling and Return Centre present the Exploration Place Museum and Science Centre with a cheque for $3500.

The money helped offset the cost of keeping their Terry Fox exhibit going another month.

“The community came out in large numbers to see the exhibition. It’s gone now but because we had that extra month a lot of people that had not had the opportunity to see it or wanted to see it again came back,” said Museum CEO Tracy Calogheros.

The museum is not the only local business the recycling centre is helping.

Owner Austin Kim has been running the program for the past four years, raising approximately $55,000 to give back to different charities throughout the community.

There are six bins set up throughout the city for people to use; one of them is set up right outside the museum.