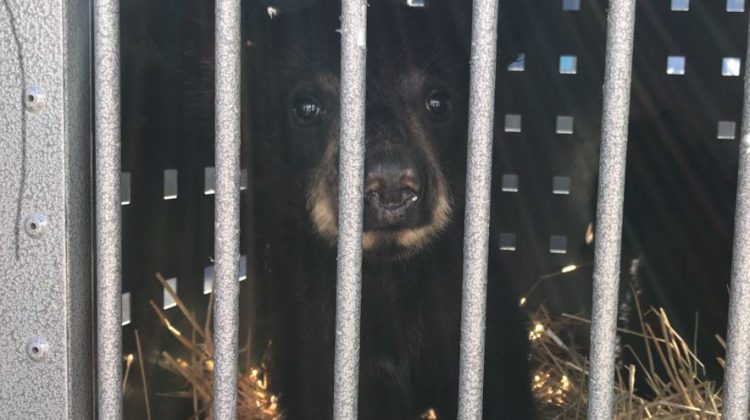 Prince George Conservation Officers have had to euthanize 10 bears since April, just over two months, due to human negligence.

Two more bear cubs were transferred to the Northern Lights Wildlife Society this week, luckily, they had not been habituated to human food sources, so they have the chance of being rehabilitated back into the wild.

“I had a lady tell me this morning that it was inconvenient for her to put her garbage in the garage,” he told MyPGNow.

“We’re in the 21st Century and people know what they should do, they’re either just lazy, or don’t want to be inconvenienced and it results in the killing of bears that never should have been conditioned and habituated in the first place.”

When bears become accustomed to a certain food source, like garbage or bird feeders, they become physically defensive of them, making them a danger to the public.

Ackles said those two cubs would also have been killed had they been accustomed to human food, a task that he takes no pleasure from.

“It’s the most horrible thing we have to do in our job.”

“We got into this business to enforce the laws and protect fish and wildlife and the environment, and you know, a little bit of buy in from the public goes a long ways. Sometimes it doesn’t seem like they’re buying in.”

He wanted to reiterate that the Conservation Service does not just destroy a bear because they are present, but because of the behaviours they are exhibiting.

“A lot of times nowadays people don’t call it in because they think we are just going to come and euthanize them. Then first call we get about that bear is that it’s breaking into a car or something that is way over the behaviour spectrum that is considered allowable, that we consider to be a public safety issue.”

“We have no choices then. People have sealed that bear’s fate by not reporting it when it was just starting to come into a populated area and we can at least try to save that bear.”