“The state of downtown is a lot worse than it was,” : PG Lawyer 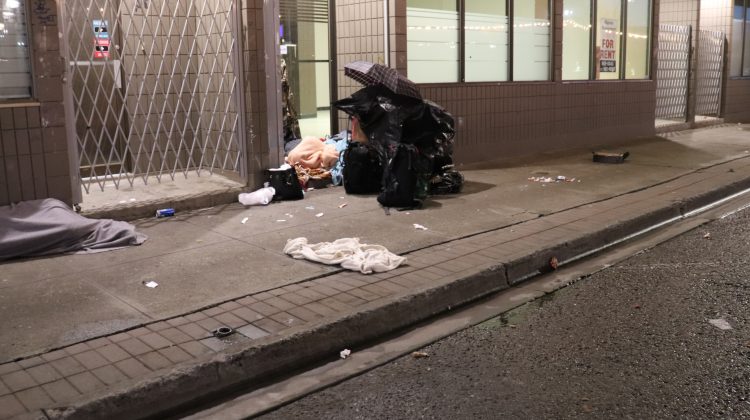 A photo of downtown Prince George early in the morning. (Photo supplied by MyPGNow.com staff)

Members of the public spoke loud and clear when voicing their opinions on what should be done about the social issues in downtown Prince George during Monday’s special council meeting.

Daniel Gallant is a Lawyer and social worker who has an office in the downtown core.

He told MyPGNow.com the situation has reached the point where a lot of people fear for their safety.

“The state of downtown is a lot worse than it was. The open drug use is rampant and it frightens my colleagues, my co-workers as well as our consumers of the business that we have.”

One of Gallant’s suggestions was a heavier police presence.

Gallant also offered a second possibility for everyone to chew on.

“The possibility of funding policing through a levy for businesses just as an option because we know the city is having some difficulties increasing funds for the policing contract.”

Gallant also spoke on his homeless experience and how institutions like UNBC could help build bridges to assist the city’s most vulnerable.

“We have a university with many graduate programs and there are ways that we can incorporate the university space and make a bridge to the homeless spaces in order to help build those bridges and culture exchanges.”

“Even myself when I was homeless I had a Grade seven education, I didn’t know anything about what was available in the community, I didn’t understand what education was until much later where I learned the value of that.”