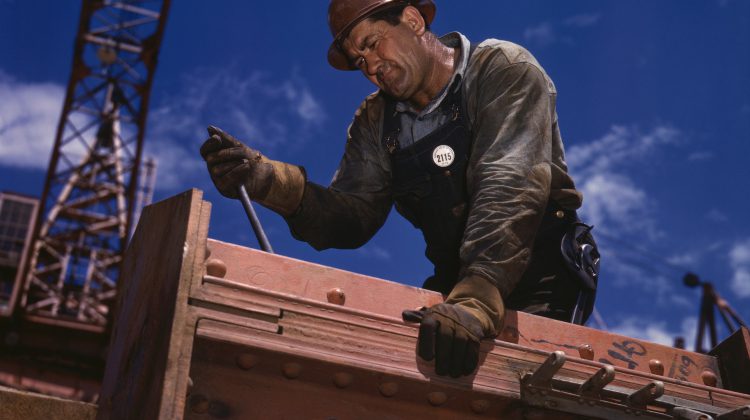 According to the Independent Contractors and Businesses Association, almost half (46%) of construction companies in Northern BC can’t find enough skilled labour to assist with projects.

That’s down from 2019 where 68% of Northern BC companies reported a shortage of workers.

“This year, the average trade wage rate will increase 4.8% and next we’re projecting 5.2% and it’s been in this high four and five percent range in the last five years, rapidly and significantly outpacing the rate of inflation.”

(Graphic supplied by the Independent Contractors and Businesses Association)

Gardner also went into detail on how companies are coping with labour shortages in the north.

“There’s a lot more overtime available in the construction sector for workers and there are companies who are turning down work. The good side of that is people are busy and that there are overtime and opportunities for work.” 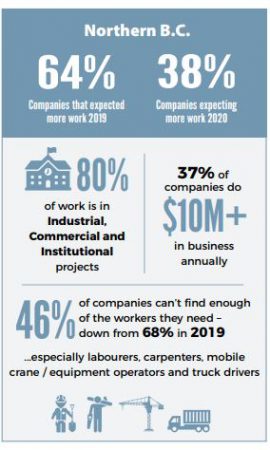 Graphic supplied by the Independent Contractors and Businesses Association)

According to Gardner, 38% of construction companies across the north are slated to be busier in 2020.

That’s down from last year where 64% of Northern BC companies predicted a busier workload.

“That’s a fairly significant drop-off and I think that’s partly the result of how long it’s taking to get important projects to move forward.”

“The Coastal Gas link project hasn’t started in earnest yet, some of the upstream drilling and excavation that will be associated with that project going forward hasn’t started yet.”

According to the ICBA, 73% of companies across the province are spending more time on recruiting while 54% are having difficulty finishing work on time.

The ICBA issued its 2020 Wage and Benefits Survey today (Wednesday).