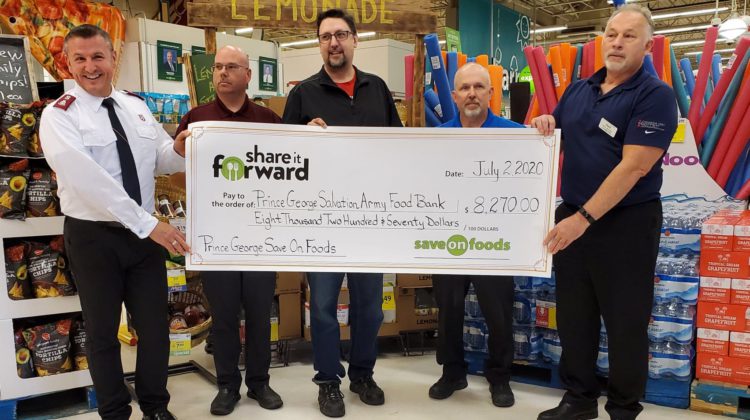 Prince George’s Salvation Army has accepted a donation of $8,200 – and it came at a great time for the organization.

“We’ve had to make some major revisions in the way we serve the community, and one of the biggest challenges we’ve been finding is ways to engage with our donors,” explained Prince George Salvation Army Spokesperson, Major Neil Wilkinson.

He added it is not safe for people to bring items into the food bank, and so the organization has had to rely on bulk food orders to keep their shelves stocked.

The 8,200 dollar donation was presented by Save On Foods.

“We raised money based on a portion of the proceeds of Western Family products,” said Regan Bader, Store Manager of Parkwood Save On Foods.

“It was just a strong sales event,” he concluded.