Keep your eyes on the road, PG! Stricter distracted driving enforcement is coming 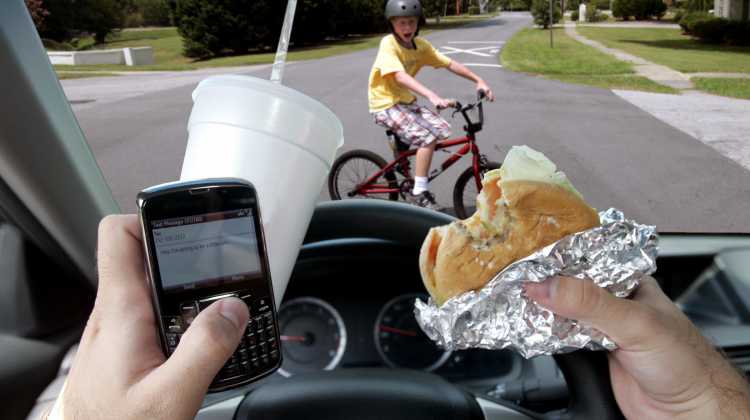 RCMP in Prince George will be partnering up with community volunteers to hammer down on distracted driving in September.

Volunteers are setting up Cell Watch deployments to remind drivers to leave their phones alone.

One group of volunteers with the RCMP using a speed sensor to keep #PGroads safe this Labour Day weekend #cityofPG pic.twitter.com/PY7e8F3oEj

“Distracted driving is one of those things that the more time we spend enforcing it, the more results we will get,” says RCMP Corporal Craig Douglass, “there are still huge amounts of people that use their devices while driving because some don’t think the rule applies to them.”

In addition to the cell watch deployments, RCMP will also be setting up random road checks, traffic stops and community volunteers reporting to police officers.

“It is also a leading cause of death in the province and for that reason, we will be ramping up enforcement in the month of September,” adds Douglass

ICBC also notes that since B.C.’s distracted driving law came into effect in January 2010, more than 430,000 infractions have been issued to drivers for using an electronic device while driving.

“Anytime somebody takes their  attention off the road is a risk,” said Douglass, “it only takes a second to change somebody’s life.”