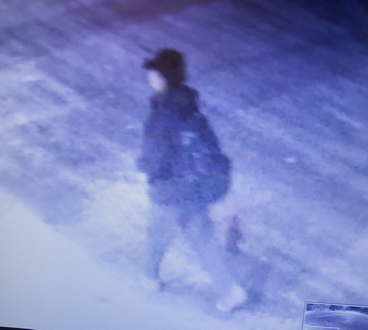 The Prince George RCMP were busy with a pair of events this past weekend.

At 11:22 a.m. on Sunday (January 11), members of the Prince George RCMP attended The Exploration Place at 333 Becott Place for a complaint of graffiti.

Surveillance couldn’t provide a distinct image of the suspect so police cannot proceed any further with this investigation.

Just after 10 pm on Sunday, officers responded to a call of a fire at the Frankfurt Motel at 3454 Hart Highway.

Upon arrival, police found the fire had already been extinguished.

“Police reviewed the video surveillance and observed a suspect wearing black pants, a hoodie and carrying a backpack leave the room a few minutes before the fire started,” added Cooper.

The fire is still under investigation, anyone with information on either event is being asked to contact RCMP or Crimestoppers.