UNBC WBB adds some Vancouver Island flair to the backcourt 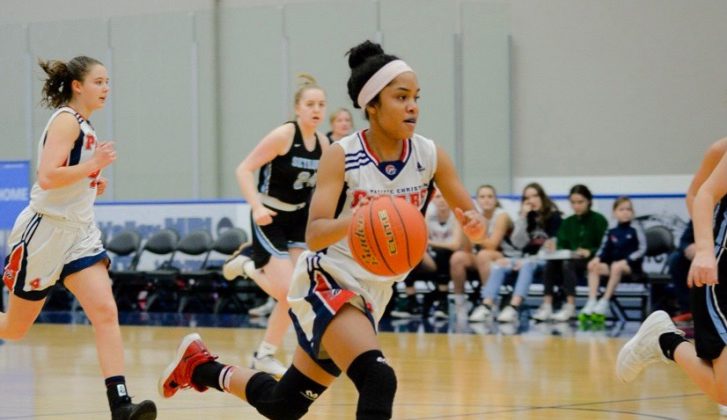 “I am super excited to be competing at the U SPORTS level. All the hard work has finally paid off. All the extra hours in the gym, challenging myself in different ways, and continuing to evolve as a player. It has been nice to have this long-term goal fulfilled, and I am excited to see what happens next.”

Tupas-Singh trained with the South Vancouver Island Basketball Association and the Junior Vikes program and is looking forward to joining a Timberwolves team that has made the playoffs in four years in a row.

“The team is gritty and tenacious, and on top of that, they seem to have a positive team culture. That is something that is really important to me. Coach Sergey emphasizes layer development. He is invested in his players and he has an enthusiasm for the team. I also like that they have been super competitive over the years.”

“It made a ton of sense for us to add a player and person of Adaiah’s quality to our program. She plays the game with pace at both ends, and I am impressed by her instincts. Plus, she is a leader and carries herself with maturity and focus. I am excited to see her develop in her time here, and I believe she can be a real contributor at the university level. It is an exciting day for us,” added Sergey Shchepotkin, UNBC Head Coach.

Tupas-Singh grew up as a multi-sport athlete, competing in basketball, volleyball, and soccer. On the pitch, she has played Vancouver Island Premier League, while also competing and medaling in the BC Summer Games in both basketball and volleyball.

She will graduate from PCSS in June before joining her new teammates in August for training camp and enroll in UNBC’s biomedical program.