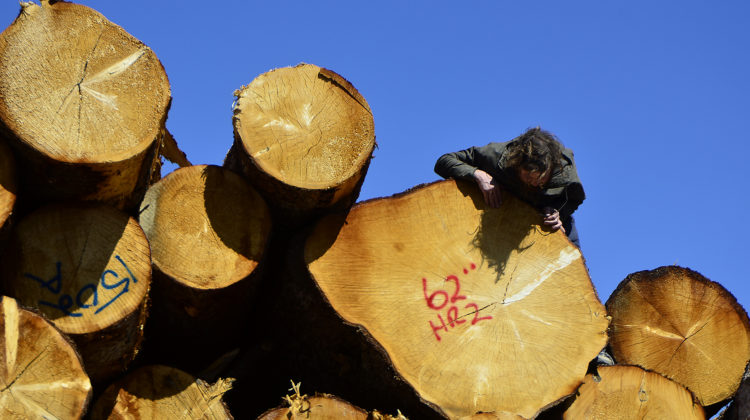 A new report from BC-based non-profit shows a potentially bleak future for old-growth forests across the province.

Wilderness Committee utilized publically available information to map out the spike in cut block approvals that fall within old-growth forests.

Since the BC government received the “A New Future for Old Forests” report which outlines a new, holistic approach to protecting old-growth, 84,669 hectares of areas coinciding with old-growth forests have been approved for logging.

This is a 43% increase from the previous twelve-month period when 59,228 hectares of old-growth were approved.

After receiving the report from the Old Growth Strategic Review Panel, in September 2020, the province announced plans to protect nine old-growth areas across BC, which make up nearly 353,000 hectares.

This new mapping highlights areas across the province that have been approved which coincide with old-growth areas.

By dividing remaining old-growth forests between medium and high productivity areas, the map showcases where the most diverse areas are and where there are lower-productivity forests.

“We did look at forests by productivity, there’s a scale that the provincial government uses called site index, which is more or less of an average tree height indicator,” explained National Campaign Director Torrance Coste.

The more productive forests are placed higher on the site index, and they tend to have larger trees.

“What we found was that for the most part, logging is concentrated in the more productive forests, so the forests that are capable of growing the most trees and have the most biodiversity and are kind of what people associate with the term old growth,” explained Coste.

Some of the old-growth areas that have been approved between April 30th, 2020 and April 26th, 2021 are near Purden Lake, Nadsilnich Lake and off Blackwater Road.

However, Coste says cutblock approvals don’t provide a timeframe for when they will be exercised.

“One of the questions we have from this exercise is, are these companies working to get as many approvals as they can to log in the future or is this translating to an actual spike in logging on the ground?”

Coste says he and his team at Wilderness Committee were inspired to conduct this research after receiving emails from residents across the province that are concerned about the uptick in logging activity in their areas.

“We also want to know- is this is a run?” explained Coste, “we have a government that in the last year, they’ve committed to this old-growth report and committed to the paradigm that it calls for so are these companies just trying to get as many permits while they still can?”

He notes that this mapping information is leaving many wondering exactly what is going to happen next with the New Future for Old Forests report and the announcements made last September.