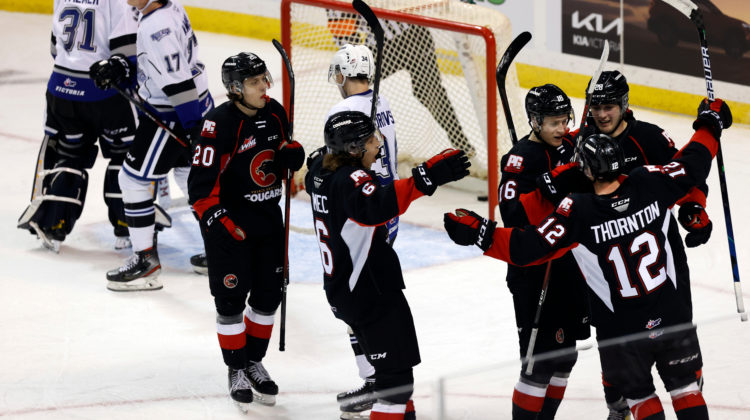 The Prince Cougars finish their 2021 pre-season schedule with a 2-and-2 record after an 8-5 victory Saturday night over the Victoria Royals on Vancouver Island.

Carter MacAdams notched a hat-trick, including the game-winning goal in the third period and an empty-netter.

The 17-year-old MacAdams was selected by the Cougars in the fourth round, 70th overall, in the 2019 WHL Draft.

Tyler Brennan picked up the win in net as PG outshot Victoria 30-29.

On the physical side, defenceman Aiden Reeves sparred with the Royals’ Tanner Scott in the third period.

Also, Mitch Kohner and Victoria’s Igor Zborovskiy were given misconducts for their wrestling match in the final frame.

The Cougars, who lost an exhibition game 3-1 to the Vancouver Giants on Friday, begin their regular season on Saturday (October 2nd) when they host the Kamloops Blazers.