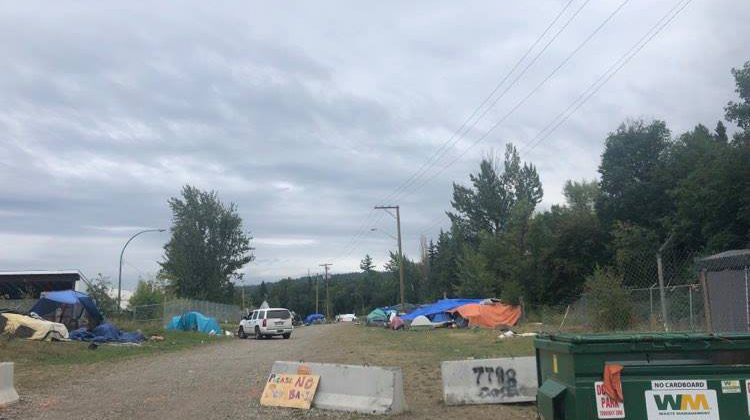 The Supreme Court has ruled on the City’s injunction request to remove two homeless encampments, one on Lower Patricia Boulevard and the other on George Street.

The effect of the ruling is that the encampment at George Street must be removed in 7 days (October 29), however, the one on Lower Patricia Boulevard, also known as “Moccasin Flats” may remain until suitable housing is available.

Currently, the City is reviewing the decision and will take the appropriate legal or practical steps necessary.

Mayor Lyn Hall stated, “The City took this court action for the safety and protection of all of our citizens. While the provision of housing is outside of our jurisdiction, we will continue to work closely with BC Housing and other agencies to ensure the people in the encampments get the services and housing they need.”

According to the City, they will continue to work with BC Housing to ensure the availability of shelter or housing to transition the occupants in Lower Patricia and George Street before the cold weather sets in.