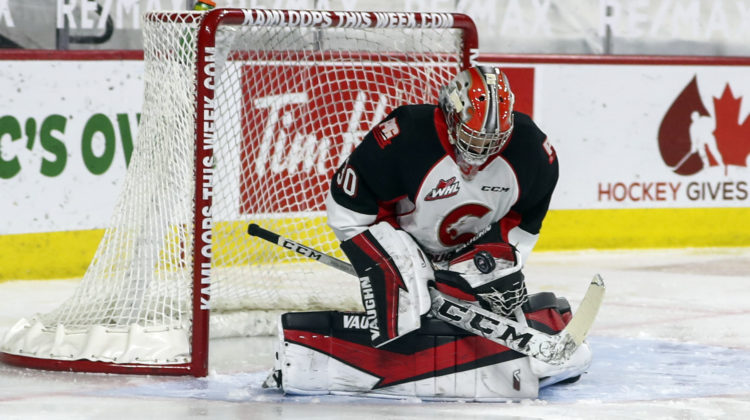 Central Scouting has its eyes on five PG Cougars ahead of the 2022 NHL Draft.

Tyler Brennan was named the top-ranked North American Goaltender. Brennan has posted a 5-11-0-1 record in 17 games with the Cougars this season, with a 3.55 GAA (goals-against average), and .896 SV% (save percentage).

Another Cougars netminder, Ty Young, is listed as the 21st ranked North American goalie. Young has played in five games with the Cougars, with a 1-1-1-0 record, 4.06 GAA, and .868 SV%. He’s also played in 17 games with the Calgary Canucks of the AJHL.

Defenceman Viliam Kmec is ranked 92nd among North American Skaters. The product of Kosice, Slovakia has two goals, 11 assists in 27 games this year, and is ranked third in rookie scoring in the WHL. He also represented Slovakia at the 2022 World Juniors in two tournament games.

Keaton Dowhaniuk, another Cougars defenceman, is ranked 136th among North American skaters. The Sherwood Park, AB product has 8 assists in 30 games this season.

Hudson Thornton of Winnipeg is ranked 211th. The Cougars’ second-highest scoring defenceman has 20 points in 32 games and is second in rookie scoring for blueliners in the WHL. He’s also tied for the best plus/minus on the Cats at +4.

53 WHL platers were on the NHL Central Scouting’s Midterm Rankings, and the NHL Draft is scheduled for July 7-8 in Montreal.

53 WHL players have been named to the @NHLCentralScout Midterm Rankings ahead of the 2022 #NHLDraft.