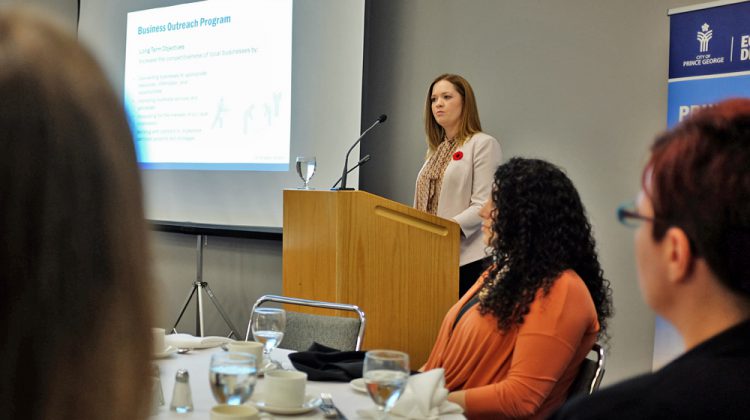 The City of Prince George says business optimism is high in the city.

The City’s economic development department interview 65 local businesses this spring and summer, taking their pulse on a variety of topics.

Manager Melissa Barcellos says that the results were mostly positive, “The businesses said they did feel the impact of the economic downturn across the world, but locally their businesses are stable, which is different from a lot of other communities around the area.”

80% of companies projected that their sales would grow within the next year, while 69% said they would be hiring more full time staff within three years.

One category that saw a stark improvement from the 2014 numbers was for employee retention; just 6% of businesses said it was a problem, down from 39%. The improvement to the local labour pool has been pinned on the downturn in the Alberta economy with less workers chasing big dollars in the oil sands.

While there is a fair bit of uncertainty in the local economy (see below), Barcellos says most entrepreneurs are pointing to external factors.

“Lots of the uncertainty is around the elections, that was a constant theme. Both the provincial and American elections are a concern to business.”

Businesses also made several suggestions for improvement, such as “more online processes so that they can submit applications online and follow the progress throughout the system.” Barcellos said noting that several of the online suggestions will be met when the new website launches.

The full report can be found here.