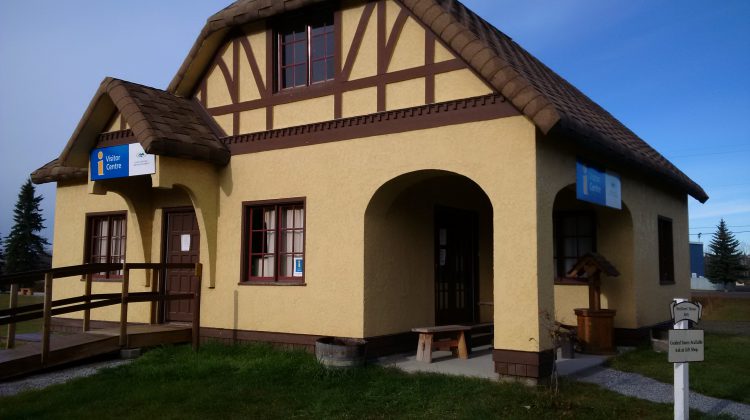 The Vanderhoof Chamber of Commerce and Visitor Centre was hit by thieves Tuesday night.

Executive Assistant Chelsay Christian says she made the discovery when she arrived this morning, “the door was broken into, totally bashed in – all of our money is gone, my computer was gone, the TV’s were gone, everythings gone”

She says her first reaction was confusion, “Of all the places you would want to break into? The visitor centre is very strange.” but went onto say that it appears the thieves knew exactly where the key to their safe was. “I must be very predictable, or they could have known something.”

As a result, all the donations from the pumpkin walk were stolen as well.

The building has been completely tossed, with files thrown everywhere and drawers pulled out. An ipod that was attached to a stand for a display was also ripped apart and necklaces from museum exhibits were taken.

One of the stolen TV’s and computers were recovered outside the building, however they have been ruined by frost and moisture.

A forensic investigator has been called in from Prince George to examine the scene.

Christian says they will be taking steps to secure the building and improve lighting in the future. “It’s really dark over here, so I think it was a bit easier for them to get access to it without anybody else knowing. Whereas at our other building, it was right in town so there was people walking by.”