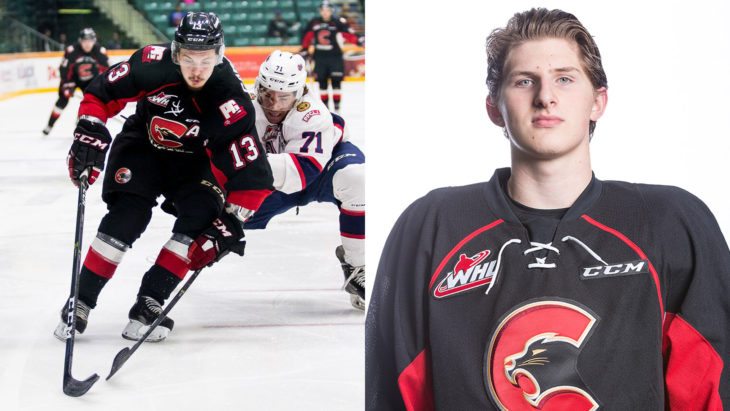 The Prince George Cougars have sent the playing rights of 20-year-old forward Jesse Gabrielle and 17-year-old defenceman Jonas Harkins to the Regina Pats in return for 16-year-old forward Kjell Kjemhus, 15-year-old prospect defenceman Ethan McColm plus a third round and fifth round pick in the 2018 WHL Bantam Draft.

Kjemhus (pronounced Shay-moose’) has split this season between the Pats and the Pursuit of Excellence (POE) Academy in Kelowna.

He suited up for 13 playoff games last season with Regina, picking up one assist as a 15-year-old.

McColm is playing this season in the Winnipeg City Midget AAA League, with the Eastman Selects.

Gabrielle played in 21 games in the AHL this season with the Providence Bruins, picking up a goal and registering four points.

He returns to the WHL after spending the two previous seasons with the Cougars, where he notched 75 goals and 139 points in 133 regular season games.

The Cougars acquired Gabrielle from the Pats in August of 2015.

Harkins, the son of Cougars general manager Todd Harkins, has one assist in 14 games with Prince George in his rookie season.