WATCH: Princesses and heroes and anime oh my! 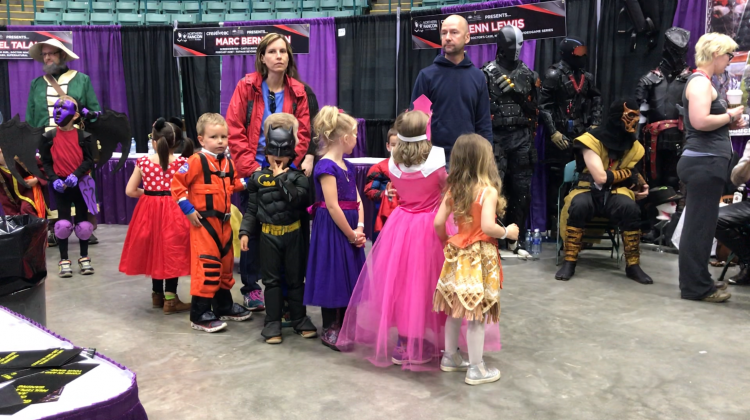 Children at 5th annual Northern Fancon in the Princess and Heroes Parade on May 5, 2019 | (Sawyer Bogdan, MyPGNow.com staff)

The last day of 5th annual Northern Fancon celebrated aspiring cosplayers with the parade of princesses and heroes.

Little cosplayers strutted their stuff through CN Centre dressed as their favourite characters.

Among some of the more unique costumes were aspiring YouTube star 8-year-old Ryder in a homemade bush costume.

“It’s made out of chicken wire that can’t cut me because I don’t want to be cut. It’s just an item in Fortnight where you can put it on and then you can play in camo.”

Ryder is a Prince George local with a YouTube channel that’s growing in followers.

His mom Lonnie Campbell said they are headed to Seattle for the May long weekend because Ryder will appear as one of the up and coming YouTube stars at the Minecraft Minefaire.

Organizer of Northern Fancon, Norm Coyne said attendance for this years event was down compared to last year.

Coyne said the addition of Lou Ferrigno helped create a buzz for the event.