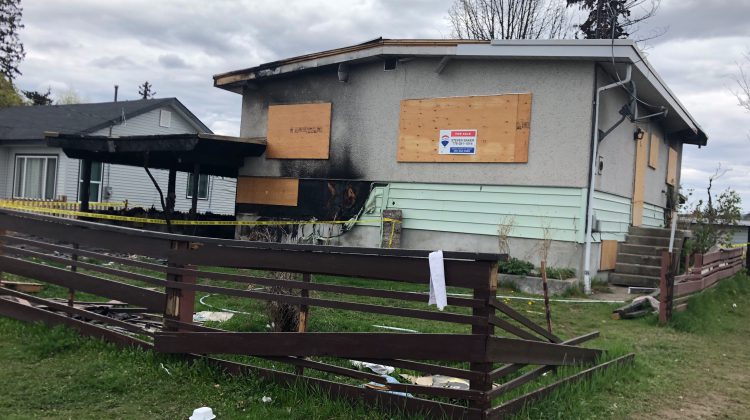 After hoarding, squatters, overdoses, and two fires in the past year, neighbours don’t know what to do about a vacant house on Tamarack Street.

There have been several complaints to the City Bylaw Office and RCMP about 2126 Tamarack St.Prince George, and one resident says neighbours don’t feel safe.

A local, who asked not to be identified, said the house has attracted drug users and has caught fire on two separate occasions.

“The owner had died in August, and the City tells us they did not know she died until the first house fire in October. The first fire happened, and we all said that didn’t need to happen. After she passed away, there was more and more traffic of drug users.”

They said the problems started with hoarders but has only gotten worse from there, with little action from the City of Prince George. They added they have been trying for months to try and get something done about the property.

According to the Manager of Bylaw Services, Fred Crittenden, since the owner died the City has been stalled by red tape.

“There have been several changes of hands of the property which has delayed the process that normally would happen.”

He said the City had visited the property a few times to try and clean it up, with the most recent time being right before the second fire started.

Crittenden added although a mortgage company has foreclosed the house it’s still in the deceased owner’s name.

RCMP Corporal Craig Douglass said there were eight calls to the property in 2018, however, he does not think there is anything unusual happening.

“Half of these calls are after the arson investigation occurred. So after October 22, we had four calls after that, and they were probably related to the fact the property was vacant, and squatters were probably using that.”

According to the resident, five houses were affected by the fire on May 5 with repairs having just been completed after the last one.

There is a small glimmer of hope for residents.

Crittenden said there is an offer on the property pending court approval. He said if the offer goes through, the City will work with the new owner to deal with the issue.