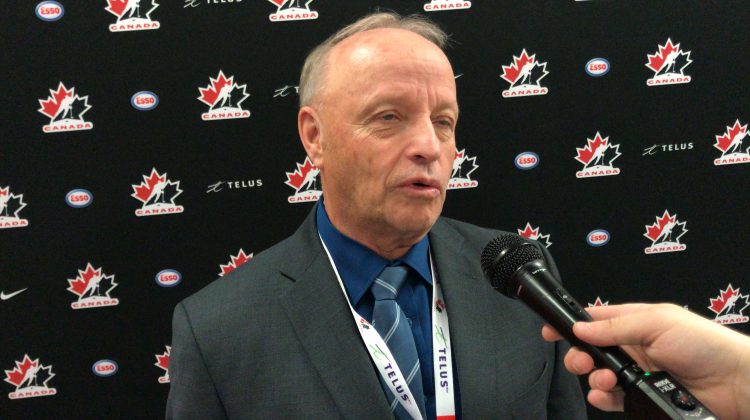 Over 133 teams from ten leagues spanning ten different provinces are closely monitored over a 22-week period to see where they match up against the country’s best with the hopes of being in the final five come May.

In an interview with MYPGNOW, CJHL President Brent Ladds spoke with Brendan Pawliw about the rankings process and how a team like the Prince George Spruce Kings who come into the NJAC as the 16th seeded team in Canada despite going 16-1 in the BCHL’s Fred Page Cup Playoffs along with dispatching the top-ranked Brooks Bandits in six games to seize the Junior A club’s very first Doyle Cup at the Rolling Mix Concrete Arena.

Ladds goes into detail on how the rankings are decided and admits it can be a bit of a crap shoot especially early in the season.

“It’s really tough at the beginning of the year because you do the analysis based on the traditional successes of the leagues and then you look at what changes have been made within the structure of those teams whether it be coaching changes and we sort of weigh the competitive level that they come out with so I would say the first two months are pretty subjective.”

As for how the rankings are determined and adjusted from week-to-week, Ladds admits the person who puts it all together is actually based in BC.

Some people may argue that geography may still be factor in the decision making process but Ladds doesn’t believe that’s the case anymore.

“It might have been at one time but now with Hockey TV and all the games being broadcast the focus is generally on the results from a day-to-day basis and then looking at the team’s themselves in their own environment as well as how good are the teams they are playing and where they might figure at the end of the year compared to other pockets of Canada. It’s not a science, it is subjective a lot of the times.”

As we take a look at the early standings at the National Junior A Championship, the Spruce Kings are currently 1-0 while the Portage Terriers and Oakville Blades who were ranked seventh and third respectively in the final CJHL Top 20 rankings are both winless with 0-2 records while the host Brooks Bandits ranked as the top Junior A team to close out the year.

So is it possible the Spruce Kings flew under the radar the entire year based on some of the early results?

“That’s possible and that’s not the worst thing in the world either,” added Ladds.

The lone BCHL team that ranked ahead of the Spruce Kings turned out to be the Chilliwack Chiefs (No.9) who edged out Prince George by a single point for the Mainland Division only to get swept by their northern rivals in four games in the second round of the playoffs.

“I think where the playoff performance will come into play is when we do the rankings at the start of next year, they will look to see if any errors were made in the previous season, however, I think over the years we’ve been pretty consistent.”

Ladds is also of the belief the rankings do provide a measuring stick of sorts for all teams to gauge how they are doing and what can be done better.

“When they come out they create a buzz in the community and I am sure the players look at them and say geez we are ranked fifth and I think on other side of the coin when you are playing a team that is higher ranked than you it provides motivation. I think it allows some of the teams to aspire to do a better job they look at them and say what are they doing differently than us and what do we have to do better going into the next season.”

Regardless of where the Spruce Kings ranked, they are exactly where they need to be and in a spot 128 other Junior A clubs across Canada would love to be in – fighting for the chance to win a national title.