“This group truly wants the best for each other,”: Hawes on Spruce Kings success 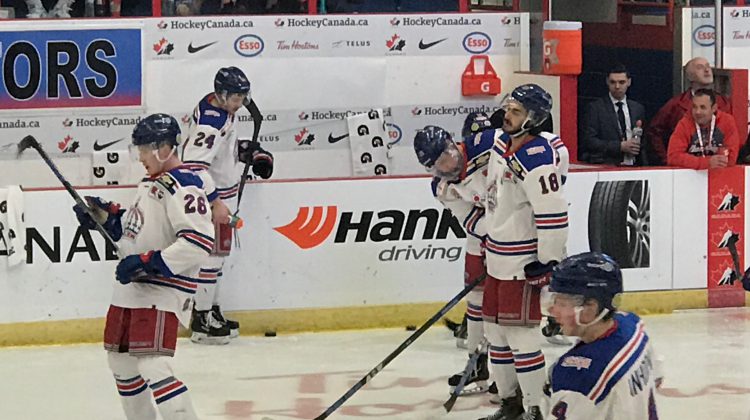 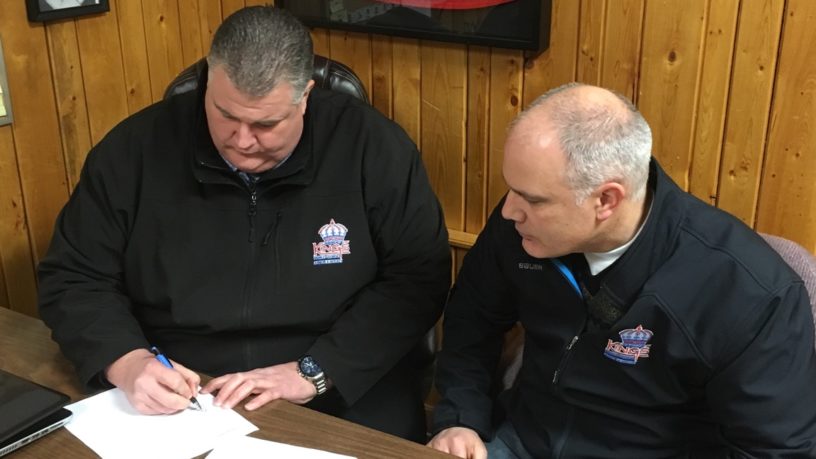 The Prince George Spruce Kings continue to soldier on at the National Junior A Championship with their sights set on being Canada’s best at the very end.

This is the second time in the last 12 years the Spruce Kings have been to the big dance. The last time was when they hosted the 2007 RBC Cup at CN Centre where Prince George fell 3-1 in the final against the Aurora Tigers.

General Manager Mike Hawes is the lone member of the organization who was apart of that club and is now looking to complete the mission this time around with a group that went 16-1 in the BCHL Playoffs en route to their first ever Fred Page Cup and then to add to the trophy case they clinched the Doyle Cup in six-games against the host Brooks Bandits.

Prince George currently has a 2-0 record during round robin play as they get set for the Portage Terriers tomorrow (Wednesday) night at 6pm from the Centennial Regional Arena.

MYPGNOW asked Hawes what has been so special about this group during this magical stretch.

“All of the cliche answers to this question apply, (they are a tight knit group, they all get along well, etc, etc) but he real answer is that they truly want success for each other. They go to battle for each other and they truly want success for the guy beside them as much as they want it for themselves. Also, the leadership group on this team is exceptional and they have really led the way for the younger guys.”

What is different about this year’s experience compared to when the last time the team was involved as the host team in PG back in 2007?

“It certainly is a different feeling having earned our way to the National Tournament this time around. It has been a complete grind for the players and coaches this time which is a gratifying feeling. In 2007 we lost in the first round of the playoffs and had 52 days off prior to the National Tournament. When you put in the work, battle together as a group and get the success it is a way better feeling than getting in only because you are the host team.”

When asked what Hawes remembers most about the Spruce Kings team that hosted in 2007 and how the 2019 version of this franchise is better than the team from 12 years ago, the Spruce Kings GM had a simple answer to that question.

“Our team in 2007 was built as a team that was hosting the tournament. Sometimes when that is the case I don’t think you end up with a team that is capable of winning it or a team that is close enough as a group to win it. The organization has come a long long way since that time. We are a team that has now earned our respect around the BCHL and also around the hockey world. We are in a way better place in all important areas for any organization including recruiting, on ice product and financially.”

What can an appearance at the NJAC do for recruiting as well as being the Doyle Cup and Fred Page Cup Champs?

“Success certainly helps with recruiting. Our recruiting in recent years has produced some very good players even prior to this season’s success. That being said, the success of a season like this helps even that much more. Players and their families seem to understand that we do our best to run a first rate program in all areas and that we are able to overcome some of our recruiting hurdles such as geography because of the quality of the program,” explained Hawes.

The success of the Spruce Kings can also be tied to the instant impact Adam Maglio has created since taking over as head coach two years ago.

“Adam is one of the best young progressive coaches in the game. His preparation, practice management, game management and overall approach is second to none. He gets a lot of respect from our players and is able to get the most out of them because of it. When the players believe in their coach it is only going to help you achieve your team goals.”

When asked what would it mean to Hawes, the city and this community-owned franchise to bring back a national title, he admits it’s a hard feeling to put into words

“That’s a tough question to answer. Even imagining that it is a possibility is surreal. I am PG boy through and through and have a lot of pride in that. If I’m able to be a part of a group to win a national championship it would mean to world to me personally. We all know that Prince George is a great hockey city and that the city is starved for something like this. The city has really rallied around this team and we saw that at the RMCA during our home games in the Doyle Cup. The energy in the building during those games shows what our success means to the city. To be the first community owned team in the BCHL to achieve this feat would be nice. To say what it would mean to our organization overall is hard to answer because it is probably immeasurable.”