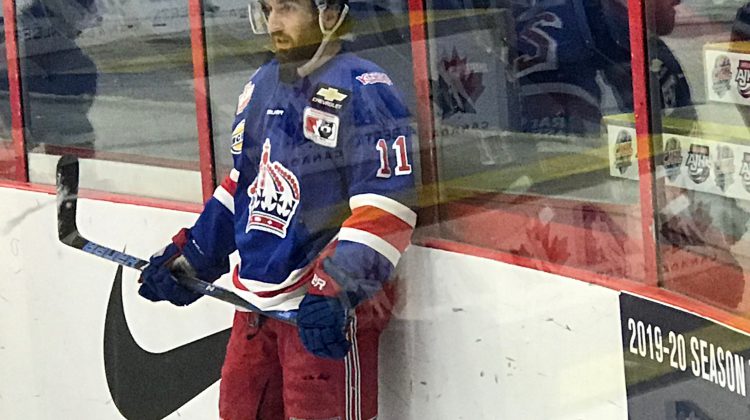 It may have taken almost two weeks to get back together but the Prince George Spruce Kings and Brooks Bandits are set to renew hostilities.

After bouncing the host Bandits in six games at the Doyle Cup, the National Junior A Championship hosts are looking to flip the scripts on the final day of the round robin with first place on the line.

Both teams have been the class of the tournament so far with identical 3-0 records with many pundits believing tonight’s game is a preview of Sunday’s final.

The date has been circled on the calendar of Bandits defenceman Brandon Scanlin who told MYPNOW they have been waiting for another shot against the Spruce Kings since the Doyle Cup ended.

“This game means first place and a chance to pick what time we play in the semi-finals and again it’s just another game against a good team where we want to win so we can prove we are the better team.”

“It was a real grind of a series as both teams kind of got to each other and I think we both have that sense of pride that we really want to beat each other.”

Spruce Kings forward Nick Poisson is expecting the Centennial Regional Arena to be rocking from the opening puck drop which should make for a fun atmosphere for the players.

“Oh, it’s going to be amazing. Everyone dreams of playing in a packed rink and we haven’t really since this rink full yet and so to have it packed at this level is going to enhance the most competitive game of our lives and it’ll be fun for sure.”

Could this game be a good tune for the semi-final on Saturday for either club?

“For sure. Playing the best team that we have played so far in the tournament is something we’ve been really looking forward too and we’ll give us a good experience in terms of the best competition going into the semi’s as we have been riding high the past three games,” added Poisson.

MYPGNOW’s Brendan Pawliw is providing extensive coverage of the National Junior A Championship from Brooks, Alberta.