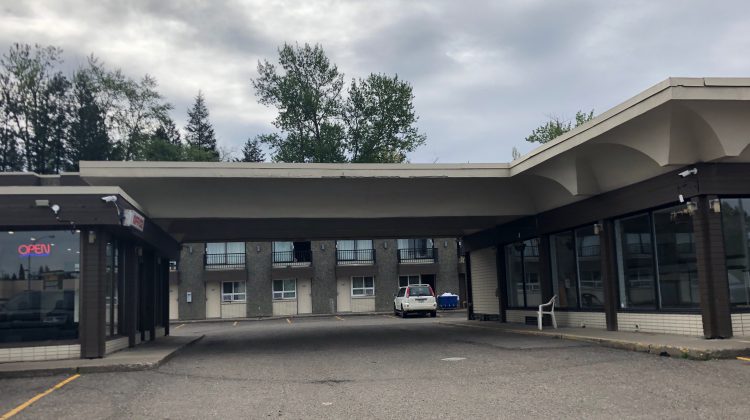 Hotel that caught fire on Victoria street in Prince George on May16, 2019 | Photo by Sawyer Bogdan

Firefighters found a two-story hotel with occupants outside and a small amount of light colored smoke coming from one of the units.

Crews made a quick attack to the unit, and found the fire had been put out by  company personnel using a fire extinguisher.

A lone occupant was able to exit the building safely.

There were no injuries to fire personnel.