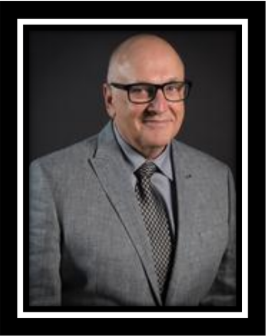 “Gary was a person that simply can’t be replaced,” VP of Business Andy Beesley told MyPGNow. “The hole that he has left behind is just devastating for us.”

Samis was the driving force behind the Cougars Alumni Hospital Charity Golf Tournament.

“Gary is personally responsible for helping the Prince George Cougars, as well as other groups, raise literally hundreds, and hundreds of thousands of dollars that directly goes to help in ways people might not even realize that that money came directly from Gary and the efforts that he put in,” said Beesley.

This year’s event, the 8th annual, runs July 12th and 13th at the PG Golf and Curling Club.

Close to $500,000 have been raised over the past seven years with funds going to address equipment needs at University Hospital of Northern BC (UHNBC) in Prince George.

“The Commish” as he was known to friends, worked with Petro-Canada/Suncor for over 30 years prior to joining the Cougars.

He is survived by his wife of 44 years, Theresa, children Allison (Paul) and Ryan (Leah).

A funeral will take place at Sacred Heart Cathedral on Friday, May 24th at 10 AM. 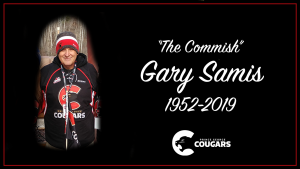