Spruce Kings Coyle chilling like a villian at nationals 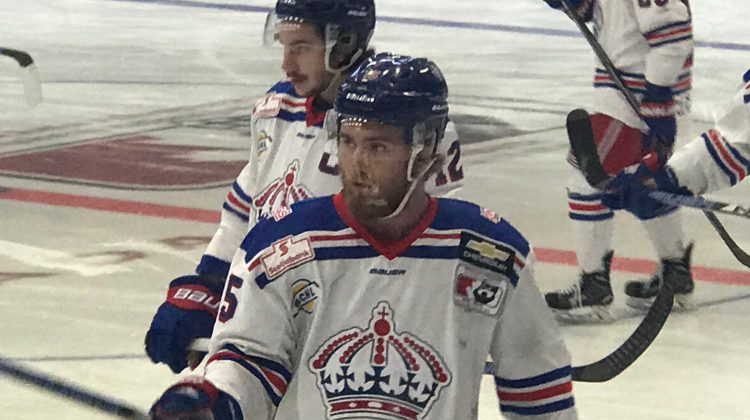 In every major tournament at least one player is identified as public enemy number one by the opposing fans. 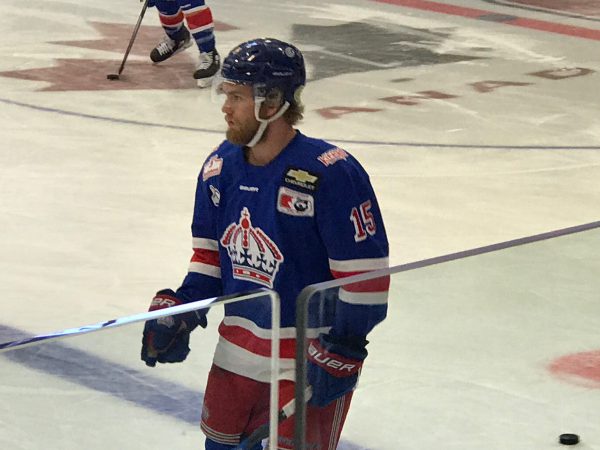 The 21-year-old from Tillsonburg, Ontario has no doubt struck a chord with all the Brooks Bandits fans at the National Junior A Hockey Championship.

This all started for Coyle back at the Doyle Cup where the Spruce Kings played the first three games at the Centennial Regional Arena where his gritty style of play and his trash talk on the ice hit a nerve with the locals.

A role of this magnitude is certainly nothing new for the Prince George defender who admits he enjoys being the bad guy.

The disdain Bandits fans have for Coyle couldn’t have been more evident than on Monday during Prince George’s 4-0 victory over the Ottawa Junior Senators where the crowd would boo and heckle him every time he touched the puck on the power-play something you would normally see at a pro wrestling event.

“None of the stuff that is being said about me is really anything I can share on the air with you but they have 12-year-old kids yelling and fans pouring beer on me from up top but they are chirping everyone and I kind of give it back to them as it’s kind of the way I have always been my whole life.”

Coyle is also competing against an old friend and former Greater Ontario Junior Hockey League teammate Jakob Lee who is playing for the Bandits.

Both players are good friends off the ice and spent three years together with the Listowel Cyclones where they won a league title last season.

“We still talk to each other every day and we played our first three years of junior together and I lived with him in my first two so we became pretty close and we hang out all summer. He’s pretty competitive on the ice, which is the same way I am so we’re pretty gritty together but he’s doing the exact same thing I am,” added Coyle.

The Spruce Kings (3-1) get set for Saturday’s semi-final matchup against the Oakville Blades at 6pm.

MYPGNOW’s Brendan Pawliw is in Brooks, Alberta providing extensive coverage of the National Junior A Championship.