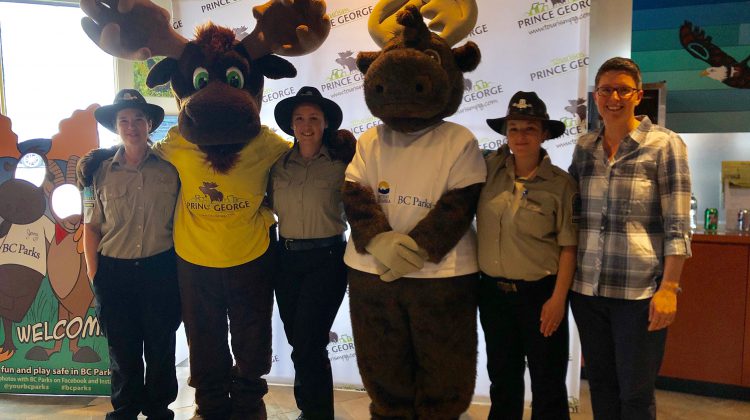 Tourism Prince George is partnering with BC Parks announcement at Prince George Visitors Centre on May 17, 2019 | Photo by Sawyer Bogdan

Tourism Prince George is partnering with BC Parks to help people learn about the provincial initiatives and different experiences they can have in the North.

Five displays are set up at the Prince George Visitor Centre with a digital kiosk to showcasing parks in British Columbia and a new program like the student initiative program.

“We also explore the many experiences you can have in the North so whether you are this ultimate adventure seeker a modest paddler or prefer to relax and recharge in hot springs, there is something for everyone.”

BC Parks cover 14 per cent of the province and is the third largest parks system in North America.