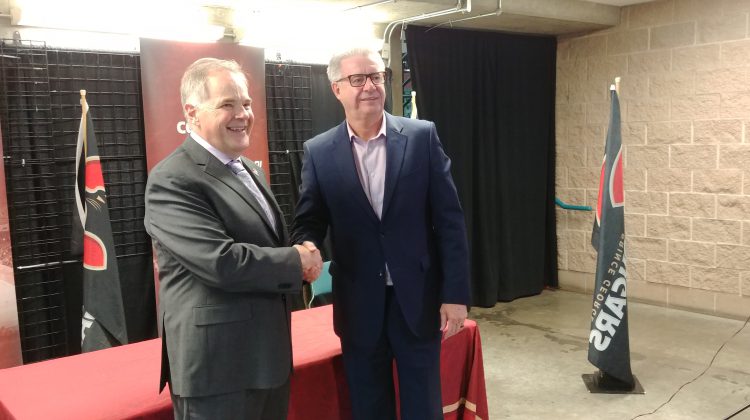 The long-term future of the Prince George Cougars took another step in the right direction. 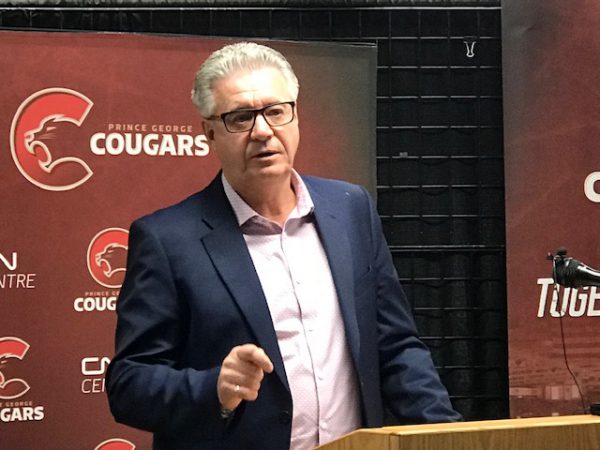 The WHL Franchise and the City of Prince George announced a new six-year deal today (Thursday) that keeps them at the CN Centre.

Some whispers could be heard around the northern capital on whether or not the Cougars were on the move after the Kootenay Ice left Cranbrook and headed to Winnipeg earlier this spring.

Mayor Lyn Hall told MYPGNOW.com,  announcing this deal was an important step in squashing those rumours.

“Exactly, that rumour was floating around in the community and I’m glad Andy and I today were able to speak on behalf of the city and the Cougars that they are here. We signed a six-year agreement, they are not going anywhere and I hope we have dispelled that rumour since its a strong partnership.”

Hall adds having a major-junior franchise in the northern capital only improves the city’s identity.

“The fact that we have a WHL franchise in Prince George sets us on the same plane compared to what you see when you take a look at what’s going on in Kamloops and Kelowna. It really sets your community apart and it sets you on that larger stage and we want to be on that larger stage not only in the province but across the country.” 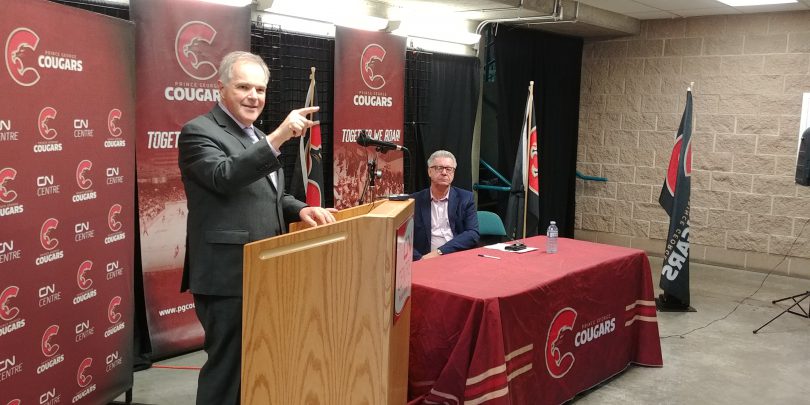 Cougars Vice-President of Business, Andy Beesley states the relationship between the two parties is a partnership in every sense of the word.

“I want to help Glen with the concerts and events that come in here, Glen wants to help with Cougars fans to help fill the stands more so we want to do whatever we can to make it fun and entertaining for everybody on a day-to-day basis as we look for ways to help each other out.”

“We’re all in. We are invested in our community, we’re happy to be here and we are going to be here for a long time to come.”

Like the previous agreement, the new deal is largely based on revenue sharing instead of a flat-rate for rent, where the city receives a chunk of ticket sales and suite rentals while the Cougars also provides $50,000 per year from its advertising sales at the arena.

The Cougars are also providing $50,000 per year from the proceeds of advertising that the hockey club sells in the arena.

Over the past five years, the Prince George Cougars 50/50 Society has donated more than $700,000 to various community-based charitable and non-profit groups.

The CN Centre opened in 1995, a year after the Cougars arrived in the northern capital and hosts 34 regular season games per year