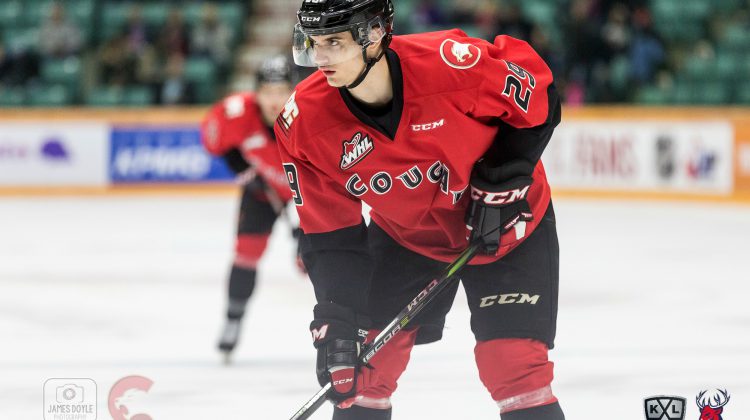 Putting the buck in the back of the net might be a little harder for the Prince George Cougars next season.

The WHL club announced that 2018-19 leading scorer Vladislav Mikhalchuk has left the team to sign in the KHL next season with Torpedo Nizhny Novgorod.

This past season, the 19-year-old from Minsk, Belarus collected 25 goals and 25 assists for 50 points in 68 regular season games.

In two seasons, Mikhalchuk played in 128 regular seasons games, where he collected 39 goals and 44 assists for 83 points.

He was selected 54th overall in the 2017 Canadian Hockey League (CHL) Import Draft.

Prince George has the 10th overall selection in the 2019 CHL Import Draft, which takes place on June 27th.