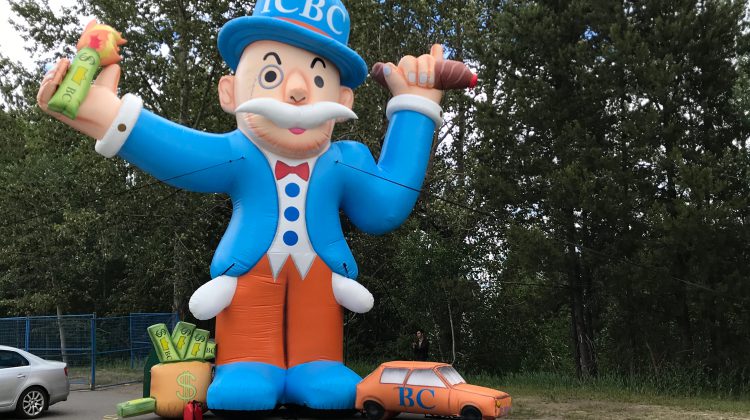 The Canadian Taxpayers Federation (CTF) is trying to bring a little humour into its campaign against ICBC’s insurance rates.

Prince George got a visit from Barron von FenderBender today.

The inflatable monopoly man is a prop the CTF is using to bring awareness to the high rates BC drivers pay and the monopoly the province has on setting rates.

BC director of the CTF, Kris Sims said it’s time for BC drivers to have a choice.

“BC drivers are locked into the highest insurance rates in all of Canada. They are not allowed to shop around, and they are stuck paying these high rates.”

The Barron is making his rounds across the province. Previously appearing on the front lawn of the legislature in Victoria he will be traveling around all summer.

“He is bringing a bit of joy and humour into our campaign. A lot of times politics can be negative, social media can get you down so we like to inflate the balloon to say time for a change,” said Sims.