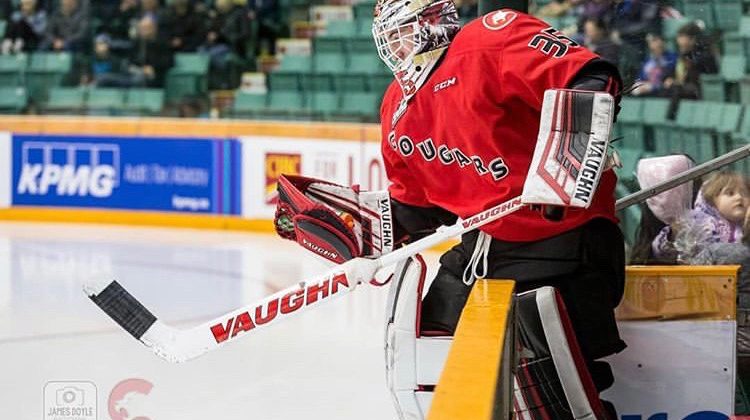 It’s an exciting time for at least one member of the Prince George Cougars and Spruce Kings as we head into the NHL Draft, which begins Friday in Vancouver.

He told MYPGNOW.com the last few months have been quite the whirlwind as he prepares for one of the biggest moments in his hockey career.

“It’s definitely been one of the busier off-seasons, it’s been a fun time and I am very grateful to have the opportunities to represent my country and go to the select camps that not many people get to go to.”

“I have been pretty much going from right whenever I got home after the season to getting ready for the under eighteens and then once I got back I trained to get ready for the combine and then when that was over I took some time off and then started training again for development camps.”

After completing his second season with the Cats, which saw him compile a 3.25 goals against average along with a .899 save percentage, Gauthier then suited up for Team Canada at the World u-18 Hockey Championships where the 18-year-old backstopped his country to a fourth-place finish.

From there, he attended the NHL Draft Combine earlier this month and after watching the event as a kid growing up, the Calgary product admits his time has finally come.

“Watching the draft and kind of thinking I still have a couple of years and then last year seeing guys that I played against in the league or have been on the ice with was kind of a reality check and you think to yourself that it is coming soon.”

Gauthier admits there has been no shortage of interest leading up to the draft and has been an on-going process.

“I have been talking to quite a few teams over the season and into the off-season, I haven’t really gotten too many odd questions just the ones where they are trying to get to know you. It’s been really cool to talk to NHL teams and realize that potentially my dream is coming true in the next couple of days so it’s kind of surreal.” 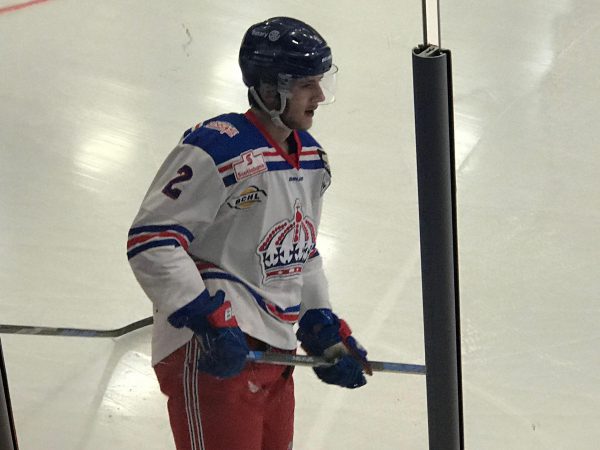 Spruce Kings defenceman Layton Ahac is ranked 62nd among North American Skaters and is likely to hear his name called on Saturday.

It’s been quite the memorable year for the blueliner who amassed 32 points in 53 games this season where he was a big reason why the Spruce Kings captured their first ever Fred Page Cup title against the Vernon Vipers before winning the BCHL franchise’s first ever Doyle Cup against the Brooks Bandits in six games where they clinched the honour at the Rolling Mix Concrete Arena.

MYPGNOW.com caught up with Arizona Coyotes scout Phil McRae at the National Junior A Championship in Brooks, Alberta back in May where the Spruce Kings fell in the final game to the host Bandits.

He spoke very fondly of Ahac ahead of the draft.

“Layton is a big rangy rearguard and is a good first pass defender who skates well, he has good hockey sense and can get the puck up ice in the hands of his forwards and can join the rush well and has good o-zone skills on the power-play.”

Ahac could go anywhere during day two of the NHL Draft, but what about the possibility of a team betting on his upside and taking him earlier than expected?

McRae adds this practice isn’t all uncommon at the draft table.

“That happens quite a bit, you see guys for a lack of a better description going off the board or even going higher than or a little than what was projected and sometimes teams if they really like a player they may step up and grab him and not risk another team taking him.”

“Most organizations go by the rule they are taking the best player available so even a team that is deep with prospects or not so deep in one position will certainly take the best player that they identify fits their needs.”

A second Cougar could also hear his name called by the end of Saturday, Cole Moberg is ranked 136th by Central Scouting, which is a late-round grade.