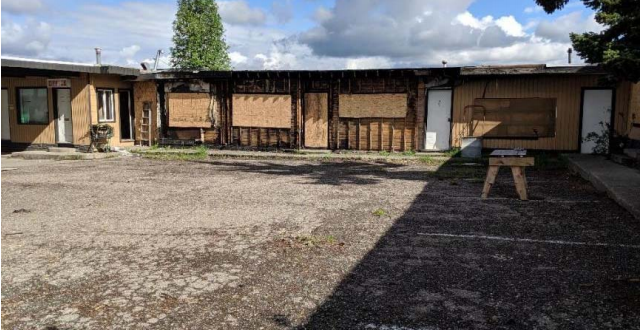 Fire damage (supplied by the City of Prince George) 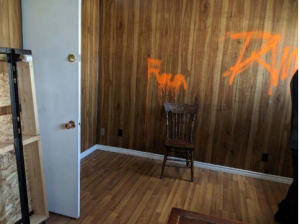 Graffiti inside Victoria St. building (photo supplied by the City of Prince George)

Fred Crittenden, Manager of Bylaw Services asked Prince George City Council to grant the authority to demolish the former Willow Inn at 1656 Victoria Street, which had its business license revoked five years ago.

Even since the business closed, the area has had consistent problems, including a fire in October of last year, numerous break-ins and property damage, all of which were showcased in Crittenden’s photo presentation.

“It’s sat vacant with debris, people have entered illegally to squat in it, there have been broken windows. There’s no indication that the owner is going to do anything to repair the building despite our notices to do so,” said Crittenden.

Prince George RCMP confirmed that the building and property have had over 1200 calls for service since 2007.

Crittenden said the city has done its due diligence in giving the owner time to sort out the issues.

“We don’t think there’s any likelihood that the building is in any condition that could be remediated and brought up to standards without significant work being done. It’s obvious the owner wasn’t 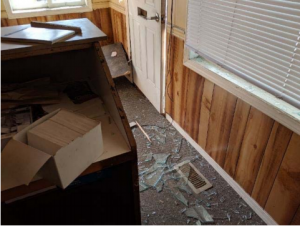 prepared to do that.”

Council voted unanimously to start the demolition process, which gives the owner, Phillip Danyluk, until either July 10th to appeal to the city, or July 26th to have the building torn down.

If he does not comply with those stipulations, the city will then step in and do it themselves, the cost of which is then billed to Danyluk. If that bill is not paid, it is then transferred onto the property’s taxes.

“Anyone that has come into downtown from the Gateway has seen it boarded up, the property is just a derelict property that is just a nuisance to the entire community,” added Crittenden.

Danyluk has not responded to MyPGNow’s request for comment as of this publication.

Rebel with a cause: Red Deer’s Fancy trips up Cougars