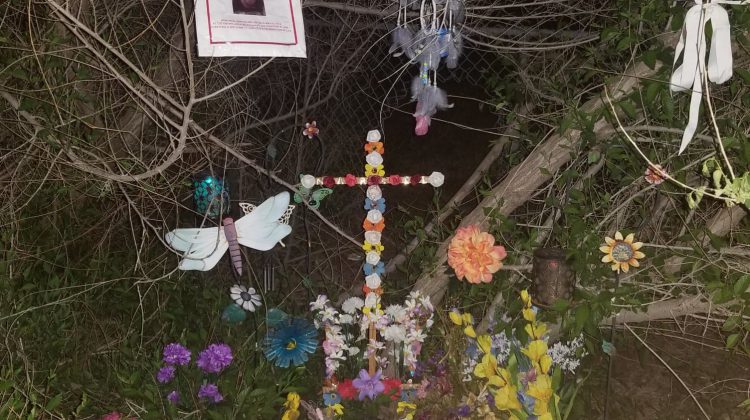 A Prince George mother is asking that people stop stealing things from a memorial site for the dead father of her children.

The site on Victoria Street was made for a man who was killed in a hit and run in May of this year and the family said they are constantly finding that people have pilfered through the items they are leaving for their loved one.

“The dreamcatcher that my daughter made and placed there, the angel that my other daughter placed there, as well as the solar lights so that their father will always have a light, continue to go missing.”

“It’s gotten to the point where it’s very aggravating the lack of respect that people have and very heart-wrenching for them to see their stuff go missing.”

She said her daughters sit there, sometimes for hours, speaking to their deceased father.

“We have not received any closure or answers from the investigation and I would just hope that people would have respect enough to let them have this spot for as long as they need and not remove the items that have been placed there.”