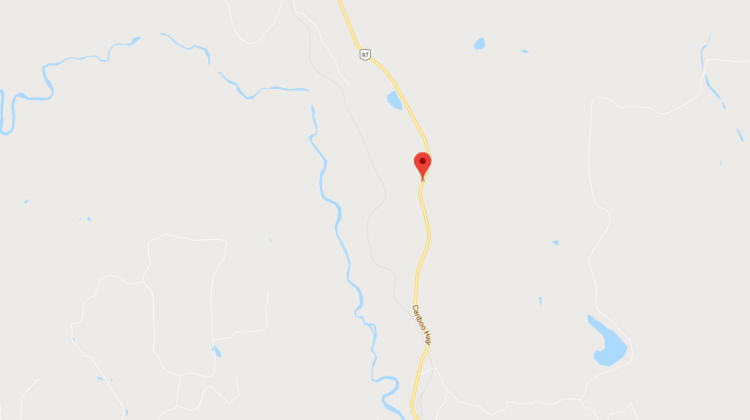 With files from George Henderson, MyCariboonow.com

Highway 97 is now clear following a fatal incident north of Quesnel this morning.

Corporal Mike Halskov, Media Relations with the RCMP’s E-Division, said it happened at around 5-45 on Highway 97 just south of Hush Lake and about 20 kilometers north of Quesnel.

A preliminary investigation indicates that a small Mazda sedan with two occupants went into the ditch and that a female passenger was ejected and subsequently succumbed to her injuries.

Halskov said the male driver has been taken to hospital with serious but non-life threatening injuries.

The cause of the incident remains under investigation.

Highway 97 has been re-opened and is now down to single lane alternating traffic.

DriveBC is cautioning travellers on Highway 97 to expect delays due to a vehicle incident this morning.

The highway is open to single lane alternating traffic 23 km north of Quesnel near Hush Lake.

DriveBC said information will be updated at 12:00 pm.