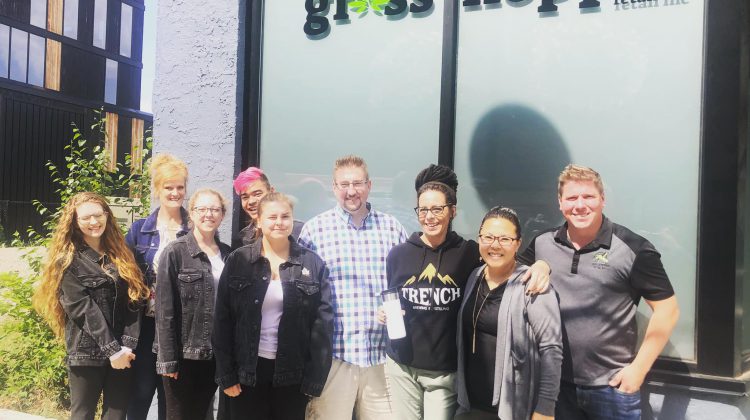 Thursday will be a historic moment in the Northern Capital in the ongoing saga of cannabis legalization.

Grasshopper Retail Inc. is the first of the six stores that have been approved by City Council and the province to open their doors for customers.

One of the store’s owners, Joe Postinokoff, said the idea started in December two years ago, but the process really began in 2018 and there’s been a lot of ups and downs to get here.

“I think because it’s so new it was a lot of people learning for the first time, from both our standpoint as business owners and the province in their actions and them creating processes and teaching their staff, then the city as well. It’s not one size fits all.”

“We feel like the pioneers and we are breaking ground. We’ve paved the road I think for other entrepreneurs to do the same thing. It’s very rewarding, I would say also the fact that we are creating 12 jobs for people that want to work with us is a huge empowering feeling,” he added.

Their location at 421 George Street opens at 9:00 am this Thursday morning.