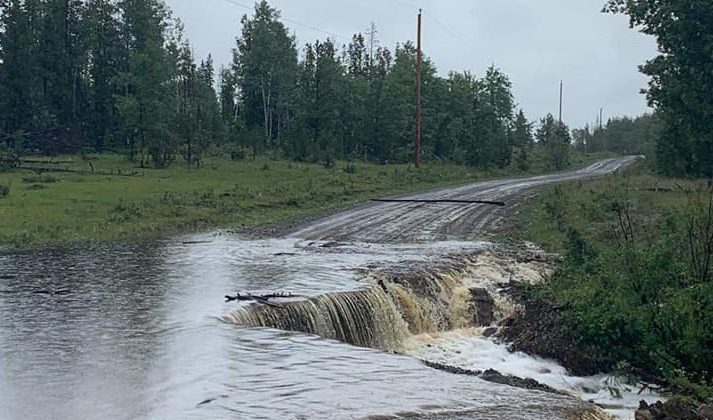 The Cariboo Regional District continues to get in touch with people who are caught in the middle of a flooding event in the West Chilcotin.

According to the BC River Forecast Centre, 100 millimeters of rain fell over the region prompting the flooding and also led to a flood warning of the Chilcotin River as well as the washout of several roads.

However, Public Information Officer, Emily Epp told Vista Radio the worst could be over if Mother Nature decides to cooperate.

“We are expecting the waters to recede over the next couple of days, however, it is a rain-triggered event so it will depend on the weather forecast as well.”

Epp adds they have been in contact with over 20 people impacted by the flooding who have taken shelter along with the food and water they need at this time.

The CRD opened up its Emergency Operations Centre in Williams Lake on Monday.

While a flood warning is still very much in place, Jollymore adds the risk is going down in some areas.

“We’ve downgraded two of those tributaries to high-stream flow advisories where the river is going to be flowing at a high rate but we don’t expect significant flooding and those two rivers are the Chilko River near Red Stone and Big Creek above Groundhog Creek.”

The River Forecast Centre is expecting some rainfall for the region later today (Wednesday) in the form of five to ten millimetres but most of that is expected to be blocked by the Coast Mountains.