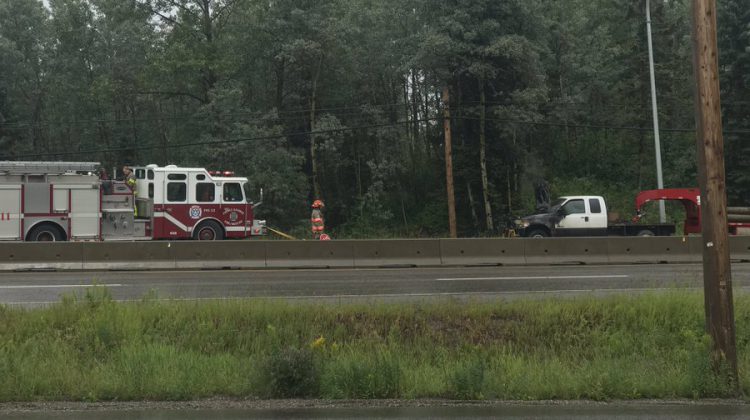 Firefighters were called to a scene of a truck fire just west of Walmart in Prince George on Highway 16.

The fire resulted in a single lane closure while crews put out the fire.

The cause fo the fire is unknown at this time.