Vanderhoof Skatepark opens to the public 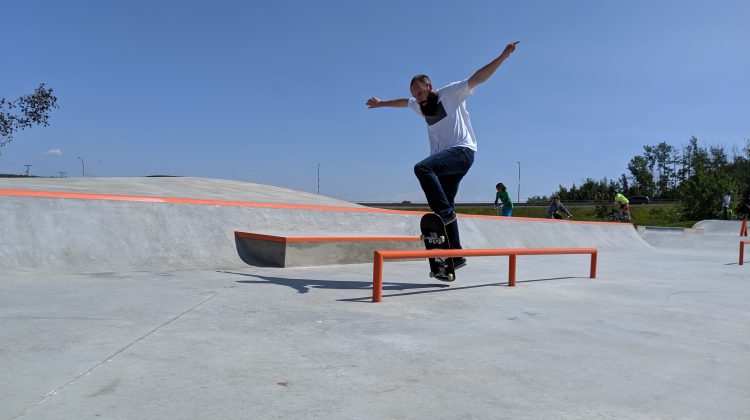 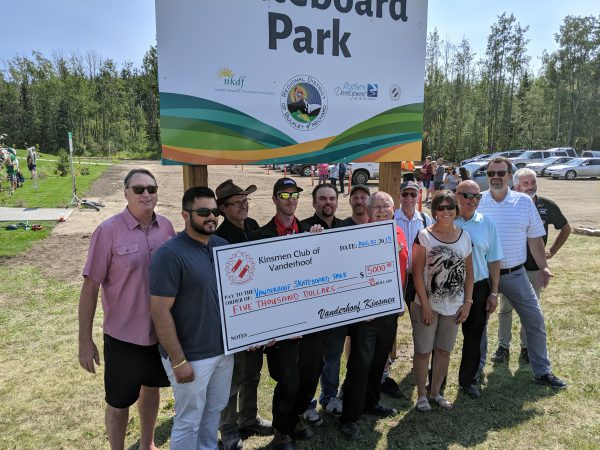 A group of people celebrates the grand opening of the Vanderhoof Skatepark (Photo supplied by Connor Svensrud, MyPrinceGeorgeNow.com staff)

Vanderhoof’s new skate park was unveiled for the first time to the public yesterday (Wednesday).

“We saw this come from just an idea that came to council years ago to now where it’s an exciting thing for our community and is an asset as you can see based on the amount of people who are out there and having a good time.”

To say, that the new skatepark was a team effort would be considered a huge understatement.

“There are some many participants that were here and were part of this and it was great to see so many organizations that came to us and said we are in on this.”

Thiessen admits you won’t see him on a skateboard anytime soon but did say there might be another way he could have some fun with the new skatepark.

“I might come out here and get one of my grandkids BMX bikes and that might be something if I had a helmet and kneepads that might work.”

The facility is located on Recreation Avenue and the total cost of the project is just over $400,000.