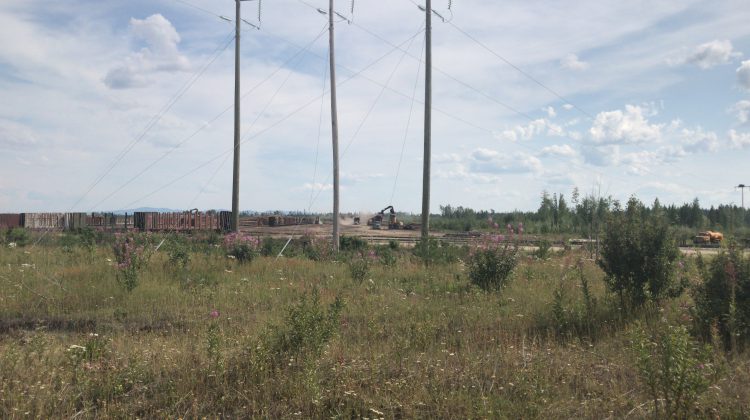 Conifex employees in Mackenzie will be out of work for another three weeks.

The community has taken a number of economical hits in the last few months including the indefinite closure of Canfor’s operation in July and now the extension of a two week curtailment at Conifex.

The temporary closure began on July 29th, and will now stretch to September 3rd, according to the company.

The news comes on the heels of another of Conifex’s facilities ceasing operations in Fort St. James in a possible sale to Hampton Lumber, which left 226 employees without work or pensions.

Despite mills closures, curtailments and sales across the province and close to home, Mayor Joan Atkinson is still optimistic that Conifex will keep running in Mackenzie.

“It’s a bit of a different situation in Mackenzie because Conifex has two entities, the sawmill, and the biomass power plant,” Atkinson told MyPGNow.

“They are both owned by the same person but they are two distinct companies. So the fact that the power generation does produce a profit for them, that helps offset some of the losses they’ve experienced whereas in Fort St. James there was just a sawmill.”

The temporary curtailment is expected to reduce Conifex’s British Columbia lumber output by approximately 25 million board feet in the third quarter.

Atkinson thinks there is still hope in fibre for Mackenzie.

“One of the great things that we have that many communities don’t is a healthy fibre supply. We’ve certainly lost trees to beetle infestation, but there is still lots of wood left because we have not been hit by wildfires. Once markets go up and the price of logs go down, things should even out. I see Mackenzie surviving as a resource community.”

And on her optimism…

“It’s my nature. I think it’s important, the last thing that any community in this situation needs right now is a mayor that’s doomy and gloomy. I’m anxious to share whenever there is a glimmer of hope in the community, and I’m trying to keep people’s spirits buoyed because it’s a huge stress for many, many people.”

“I’m a cup half full kind of person, our community has been in this situation before. We will survive. There’s going to be some changes, there will certainly be some difficult times for the people who live here and are currently unemployed but things will come back,” said Atkinson.

Watch below: There will be no severance; Fort St. James in Crisis