Out of SAIT but not out of UNBC’s mind: Sage Meyers joins Timberwolves 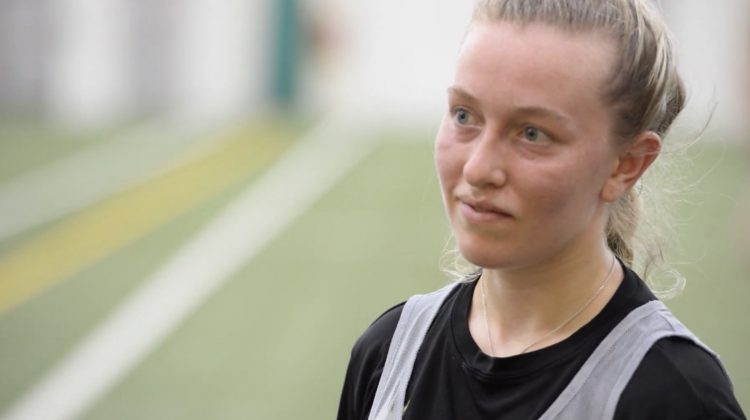 Last season, the SAIT Trojans went a perfect 12-0 in the Alberta Colleges Athletic Conference last year, advancing to the ACAC championship game. As for Meyers, she had a tremendous freshman season with the Trojans, scoring seven goals in as part of the starting eleven in nine matches.

“I am a really hard worker,” Meyers states. “Sometimes I work too hard, and I could make it easier for myself. I get the ball and look to play it. I am not a huge run and dribbler, but I make quick passes, have a quick burst, and like to run up the line. Soccer at SAIT was a really good experience. I definitely have a lot more confidence playing. You learn from the older players.”

After a year spent further developing her skills in Alberta’s college system, Meyers says the transition to the Canada West level has been smooth having Lepine transferring as well, along with the welcoming culture at UNBC.

“It would be a way different experience if I came up alone. You are coming with someone you have played with. It is an immediate friend, along with the more friends you’ll make, but it is a sense of comfort.”

The 19-year-old will enroll in Environmental Engineering at UNBC. The Timberwolves travel to Victoria for preseason play, before opening the regular season schedule September 5, at Masich Place Stadium.

The Timberwolves are fresh off their second consecutive playoff appearance ahead of the 2019/2020 Canada West season.