A staple of the Hart community is sinking 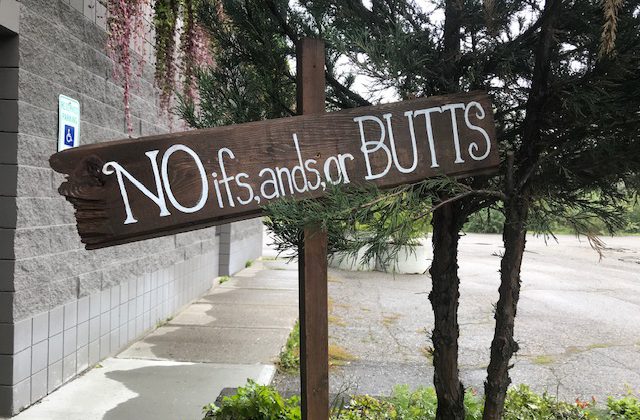 The parking lot of the Hart Community Centre is in serious disrepair and the board doesn’t know how they’re going to pay for it.

The centre, a non-profit organization run mainly by volunteers, has been a staple in the community for over 35 years.

“It would be sorely missed I’m sure, we have preschool that accommodates at least a hundred families, people get married here, they have their funerals here, all the proms are here, all the community kind of things that go on, it would be a shame if this building couldn’t be put to use or be kept in the community,” said Secretary of the Board of Directors, Alyce Bonnar.

The centre was built in 1983 and Bonnar said the parking lot is just as old.

“We’ve contacted many different places to get estimates, every answer is basically the same; that we have to do it all. Nobody wants to touch it unless they do it all because it’s in such poor condition.”

According to Bonnar, they have to dig right down to the bottom and replace manholes and drains to repair the situation, a cost of anywhere between $200-$300,000.00.

For the board, it’s a direct expense without any payoff.

“The bank has offered to talk to us about it. I’m of the mind that it is necessary and has to get done, but I don’t see it increasing our revenue or doing anything like that to the bottom line. It’s straight out a loan for the parking lot and no return on that,” Bonnar told MyPGNow.

“It just seems like a daunting job, there’s a lot of volunteers here and we volunteer as much as we can to keep what revenue we have with operating the building, and it seems really hard to catch up to an amount like that.”

To try and help cover some of the costs, they’re organizing a Country Barn Dance for the end of September and they’re hoping to sell over 250 tickets, but even that would be a small chunk of change compared to what they need to shell out.

“By the time we get everything paid, like the shuttle, security, music, we need about 250 tickets just to cover the costs, so we end up with whatever we make on the bar. If we come out ahead $5000.00, that’s good, that helps,” said Bonnar.

The Country Barn Dance is happening on Saturday, September 28th, tickets are $25.00 and include food and are available at the Hart Community Centre and Northern Automotive (cash only), it is a +19 event.