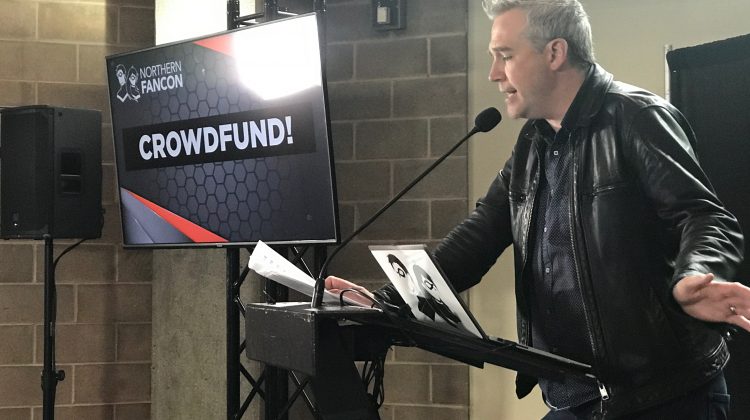 If you’re a fan of Northern Fancon, get your tickets early.

The organization needs to raise $100,000 in 30 days in order to hold the event next year, they’re planning to do so through a Kickstarter campaign which will allow prospective attendees to purchase ticket packages, pledges, booths, and sponsorships.

“This is just a matter of people advance buying their tickets. Essentially what’s happened from year to year is we sell probably about 20-30% of the tickets for Fancon from our announcement until March, another 10% along the way, and then about 60% at the event on Saturday,” said Founding Director of Fancon, Norm Coyne.

The move was announced today when Coyne revealed that after five years of working together, the Citizen will no longer be sponsoring the event and it has been passed on to Coyne’s company UNLTD Media & Events.

He said the relationship has been a valuable one and that he was always planning on being in a position to take on the responsibility when his company was ready to do so with confidence.

The campaign starts this Friday and can be found through Northern Fancon’s social media pages.