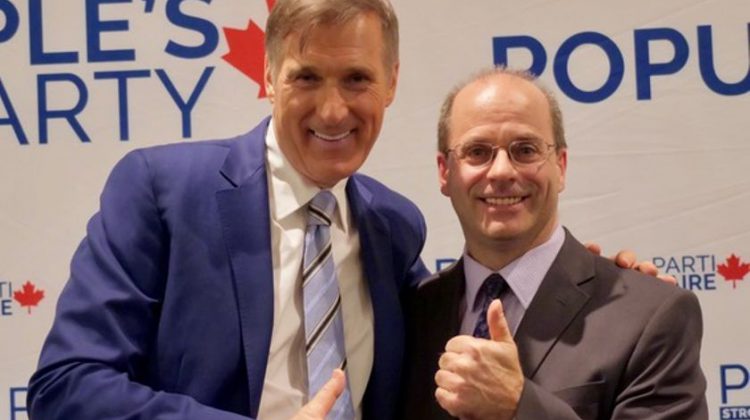 “When it comes to going up against Bob, that’s not my desire. Bob’s a nice guy, but I have no desire to challenge him as a person,” Vaillant told MyPGNow. “The issue for me is that I’ve watched politics as a young man when Pierre Trudeau, going onto the Conservatives with Brian Mulroney, and on and on it went. I’ve just seen Canada slip into the abyss.”

He states that he feels Canada is headed towards some concerning times when it comes to dealing with the nation’s debt and how the country is dealing with immigrants in integrating into the country.

According to TradingEconomics.com, Canada’s debt has grown substantially over the last decade. Currently, the national debt is hovering around $671 billion.

Vaillant said he never felt that he would have a voice in any political party.

“I just feel that they’re way too controlled,” said Vaillant.

When Maxime Bernier created the People’s Party of Canada on September 14, 2018, Vaillant then felt he had an opportunity to then have a voice.

“Of all the parties that there are right now, the People’s Party of Canada truly is the most grassroots representation in my opinion of what can be done in Canada,” said Vaillant, who’s actually from Lacombe, Alberta.

He chose to come run here in Northern BC as his home riding already had a PPC candidate.

While the People’s Party of Canada is a newer party, Vaillant urges people to look at his party’s platform as they aim to break up the Conservative vote in the fall election.