City cracking down on sewer use violations 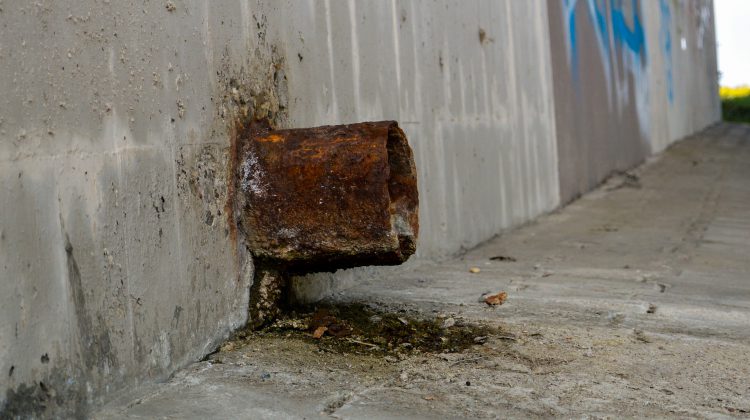 Cleaning the City’s sewer system is a costly endeavor and a new bylaw is on its way to cutting back on that bill.

Will Wedel, Manager of Utilities for the City, said the bylaw doesn’t implement many changes to what can be disposed of in the sewer system but provides a policy that will help ensure compliance with the existing rules.

The Bylaw includes three Codes of Practice that involve 850 operations in Prince George and will be implemented over a three year period. 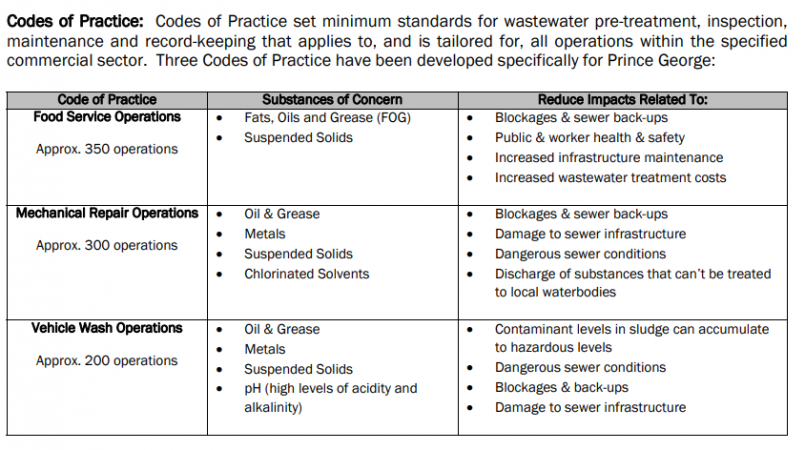 Summary of Changes document (supplied by the City of PG)

Wedel used Food Service Operations as an example, “One of the things that we’re wanting to do is actually just clamp down a little bit tighter on the oil and grease separators that they already have in place. It’s been a requirement in the BC Building Code for an extended period of time, so as long as these things are operating properly and maintained, they will be doing the job that they need to do.”

Clamping down, according to Wedel, means increased inspections and follow-ups with businesses.

Summary of Changes document (supplied by the City of PG)

“If we have challenges of course then we’ll have to move in different directions. Oil and grease can cause some major impacts on our sanitary sewer system. It costs us a lot of money to maintain the system when we have to remove oil and grease.”

The final reading of the bylaw is scheduled for October.