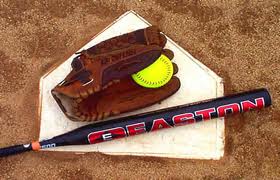 Nechako Park will be the site of the Dirty Fingers Fall Shocker Charity slo-pitch tournament this weekend.

The funds raised will support the pediatric ward at Prince George’s University Hospital as they have partnered up with the Spirit of the North Health Care Foundation.

Charity Organizer, Brad Orser told MyPGNow.com the cause is worthwhile after he lost his five-year-old daughter after she was born with a heart defect.

“I myself didn’t take care of myself. I fell into active addiction after I lost my daughter and trying to be there for my daughter but I struggled for years but I ended up getting myself cleaned up and am 22 months clean and sober now and I feel in the clarity of my life I am able to give back.”

It goes without saying that Orser and his family know first-hand the importance of this area of UHNBC after going through some medical ordeals with his three children.

“I myself had to spend time at the pediatric ward where my daughter was born with the heart defect and then they sent us down to the children’s hospital so that was our first scenario and then we had twins who were born early so went spent a lot of time here in town.”

Orser is hoping to raise just over $5000 this weekend, which will include a 50/50 draw followed by another fun event.

“We’re going to be doing a home run derby along with the draw and the proceeds from that will go to a local family that is current at the children’s hospital right now with there son.”

The tournament runs Friday to Sunday with the finals slated for 3:30 PM.