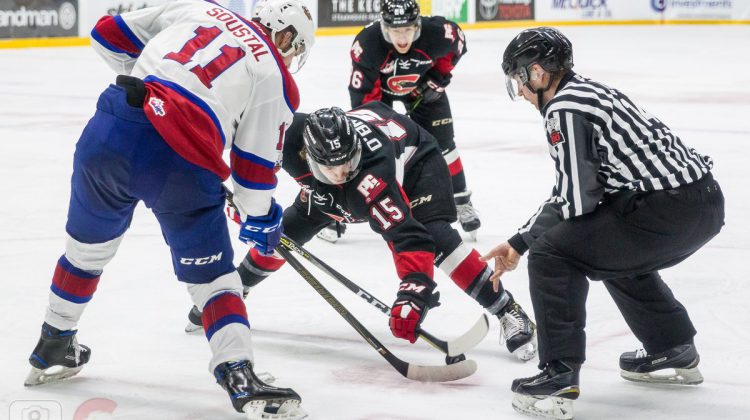 The Edmonton Oil Kings and the Encana Events Centre proved to be less than friendly to the Prince George Cougars.

In game one of a two-game set in Dawson Creek, Edmonton cruised to a 6-1 exhibition victory on Thursday.

Edmonton held period leads of 2-0 and 3-1 and went four-for-nine on the power-play.

Filip Kofer scored the only goal for the Cougars.

Rookie netminder Tyler Brennen made 40 saves on 46 shots for PG while Sebastien Cossa and Todd Scott split the victory in net for Edmonton making a combined 32 saves.

The Cougars have been outscored 25-5 as they drop to 0-4 in the pre-season.

Both teams are off on Friday before returning to action Saturday at 1pm PT.

Oil Kings power-play too much on this night. pic.twitter.com/DfaMdLpdW2