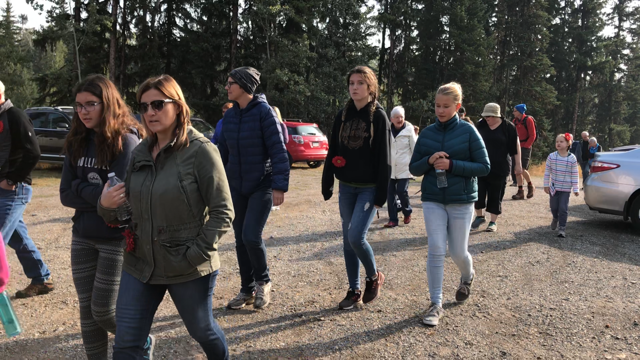 Eva Patten has lived a busy life, whether it be as she raised her two children or balancing her work as a hairdresser and as a bus driver.

However, back in 2008, she sensed something was wrong after she began suffering from kidney problems and internal bleeding. After undergoing a series of medical tests and eventually a bone marrow biopsy, Eva was diagnosed with multiple myeloma – a little-known blood cancer of the plasma cells. She was 41.

“You have every emotion imaginable that someone can feel going through your brain. We all know that life is precious and to live each day at a time, but it becomes very relevant at that time,” Eva told MyPGNow about her feelings when she heard the news.

In May 2008, shortly after her diagnosis, Eva received a stem cell transplant. Sadly, her condition continued to worsen, and she was placed in palliative care. Eva was given just six months to live.

It was during this time that Eva received potentially hopeful news – a new breakthrough treatment had just become available. Eva understood that trying this treatment would involve a very difficult approval process and that she could be denied access to it at any point. Feeling that she had nothing to lose, Eva took the risk.

Eva responded extremely well to the treatment, so much so that not only was she released from palliative care, but the hospital completely. That new treatment saved Eva’s life; she remained on it for nearly five years. If it had not been for these advances in research and drug therapies, Eva and others like her would not be here to tell their stories.

Over the last four years, Eva has been on and off different regimes. Thanks to these new treatments, Eva is continuing to lead her active life in relatively stable health.

“Now, instead of a cancer that was at that time classified as terminal and you were expected to live a year… maybe two, is now classified as a more chronic condition that you just have to constantly deal with. Not saying there’s not some that unfortunately lose the battle, but it’s more and more we’re hearing the stories of survivors,” Eva told MyPGNow.

Eva has been determined to do her part to help create awareness and raise funds for myeloma so that research continues to stay one step ahead of the disease and new drug therapies continue to be developed until a cure is found. As such, Eva will be leading the 3rd Annual Prince George Multiple Myeloma March tomorrow (Saturday) at 9 a.m., starting at the Otway Nordic Ski Centre.

The Multiple Myeloma March is Myeloma Canada’s flagship fundraiser. Myeloma Canada, a charitable organization, is driven to improve the lives of those impacted by myeloma and to support research toward finding a cure. In its 11th year, the five-kilometre walk/run plays a crucial role in making this happen.

“For myself, being able to talk to people who are maybe newly diagnosed and giving them hope in saying that I am an 11-year survivor, I didn’t think I was going to make it a year and here I am. I want to be able to give people that hope so people can see what that research does and where it’s going.”

She feels that Myeloma Canada has made huge strides during their 14 years of existence with the money that they have put towards research.

Prince George is one of a record 28 communities across Canada participating in this year’s Multiple Myeloma March. Prince George’s fundraising objective is $10,000.

With files from Myeloma Canada