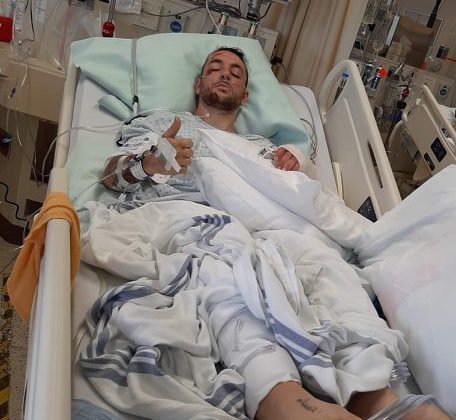 A single father in Quesnel who survived a more than 75-foot fall after hiking last week in the Dragon Lake area.

Tara McClellan, a friend and co-worker, said she does community support work with Morgan Robinson at Axis Family Services.

“His spirits are really good,” McClellan said of Robinson. 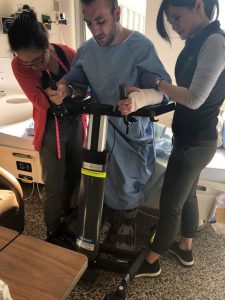 “I talk to him every day. He’s a real fighter. It hasn’t even been a week and he has been up on his feet, with assistance of course, and yesterday they were actually able to take him and he was able to go outside and get some fresh air.”

McClellan said Robinson is currently at Vancouver General Hospital and is expected to be there anywhere for six to twelve weeks for recovery and possibly more at GF Strong.

“Morgan went hiking on Sept. 11 just on the other side of Dragon Lake,” McClellan said.

“What happened was he was on his cellphone and when he hung up his phone, he said that he experienced some vertigo. He was a little close to the edge and he lost his footing, and he fell over 75 feet.”

As well as a GoFundMe campaign, McClellan said they are also looking for furniture for Robinson and his little girl Lily.

“Morgan recently became single which left him without any furniture in his apartment, so when he comes home he’s coming home to an empty apartment and what was left isn’t something that is proper for what he needs,” McClellan said.

“So what we’re looking for a good orthopaedic bed for himself, a bed for his child, and then we need to set him up with possibly a recliner, dining room table. He needs everything right from kitchen, bathroom, bedroom, living room.”

The GoFundMe Campaign as of Wednesday afternoon has raised $1,170. McClellan said anyone interested in donating material items can contact her directly through the GoFundMe page.

With files from Rebecca Dyok, MyCaribooNow