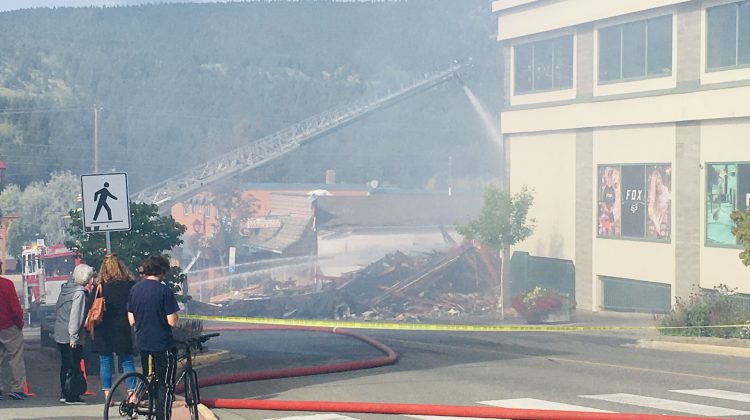 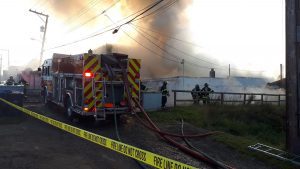 Owner of Diamonds and Dust Jessica Boate, who lives in Kelowna, said she learned of the fire through social media.

“I phoned my business partner and she was just completely beside herself, almost in hysterics,” Boate said.

“I’m so, so grateful that nobody’s hurt physically,” Boate added.

Owner Sue Lachance said the building had to be demolished to save the rest of the block. 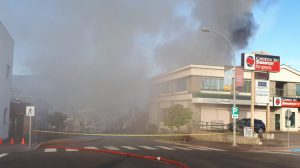 “It’s sad for me and my family and our staff, and it’s really sad for the community because it was a special spot because there’s a lot of history here.”

He said they received the call at about 5:24 Friday morning and that crews responded and saw smoke and flames coming out of the front roof of Diamonds and Dust.

Peterson said due to the nature of the fire the Department will be working with the Williams Lake RCMP and launching a full investigation.

“From the barbershop on has been saved,” Peterson said.

“The fire is now under control at this point and we don’t expect any further damage.”

With files from Rebecca Dyok, MyCaribooNow