Chance the husky “at large” in Prince George 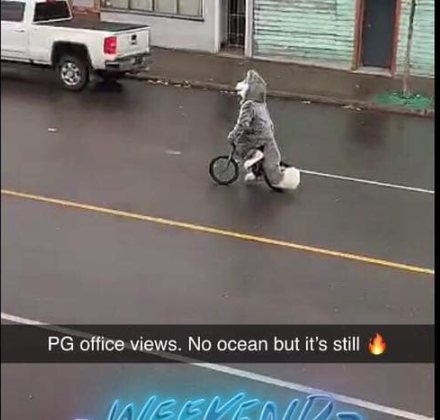 On September 14th, the Society asked the public for any information leading the safe return of Chance, their two-year-old “neutered husky male.”

“Chance disappeared out of our van outside of our shelter a little while ago and he’s been roaming the streets. There was an unconfirmed sighting of him in a van up by Walmart and now he is at large in Prince George,” said Terri Lube, Board Member with the Society.

A Snapchat photo was shared with the animal shelter that shows Chance riding a bicycle in downtown Prince George yesterday (Saturday).

“Chance has never escaped our custody before, we would just like to ensure the public that we will keep him under safe lock and key from now on,” said Lube.

The Society is offering a $100.00 reward for his safe return, no questions asked.