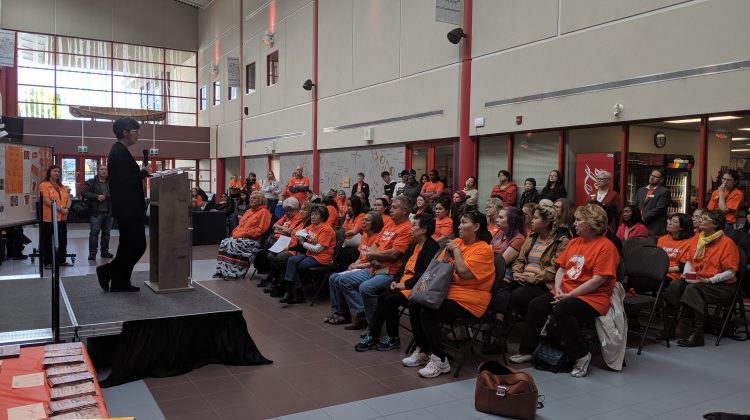 Alongside the rest of the country, Prince George observed Orange Shirt Day today in recognition of the history of residential schools in Canada.

At CNC, one of the speakers was Bruce Allan, an instructor at the college and a residential school survivor.

“I was day parole, I call it because I attended as a day student. I was bussed into Lejac every day and got to go home every day. But the students there at the school had to stay 24/7,” said Allan.

“You can imagine how they felt when they saw one of the kids like me who got to go home every day. For them, I was going to what they left behind. I was going back to a home where they felt loved by all of their family.”

According to the Nadleh Whut’en First Nation, the Lejac Indian Residential School was operated by the Catholic Church under contract to the Canadian government from 1922 to 1976 (54 years).

Being in the heart of Dakelh (Carrier) territory many of the thousands of children that attended the school were of Dakelh descent.  However, many children from other communities were brought to Lejac including Gitxsan, Wet’suwet’en and Sekani.

After the school was closed in 1976 the land was transferred to Nadleh Whut’en First Nation and the buildings were razed.  All that remains today are the cemetery and the Rose Prince memorial.