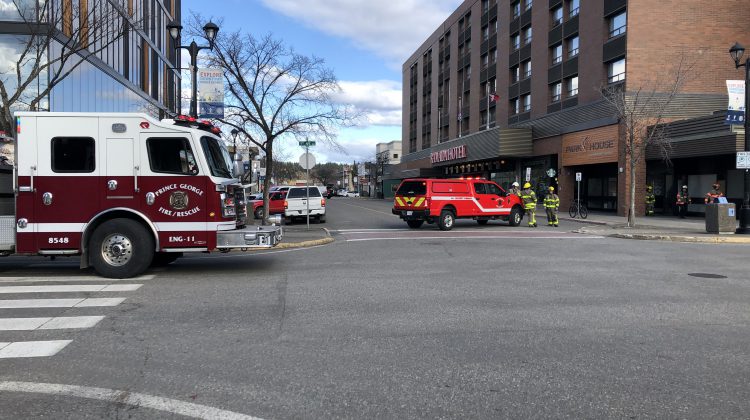 The 400-block of George Street was shut down for a moment this afternoon (Tuesday).

At approximately 1:00 p.m., firefighters responded from four fire halls with 19 members to a reported possible structure fire at the Park House Condominium sales office, located next to the Ramada Hotel.

Upon arrival, crews investigated and found heavy smoke inside.

“It was found that there was a heating element inside the ductwork had overheated,” Assistant Chief Thad Kennedy told MyPGNow on scene. “Crews went in and found no fire, so they just ventilated the area.”

Kennedy added that maintenance workers were working on the system at the time. When a flaw occurred, the heating element failed to shutdown. The heat exerting from the element then resulted in insulation igniting, causing the smoke.

The Ramada Hotel and the Plaza 400 building were checked with no problems being found.

Crews ventilated the building with electric fans and cleared the smoke out of the building.

There were no injuries to staff, occupants or firefighters.