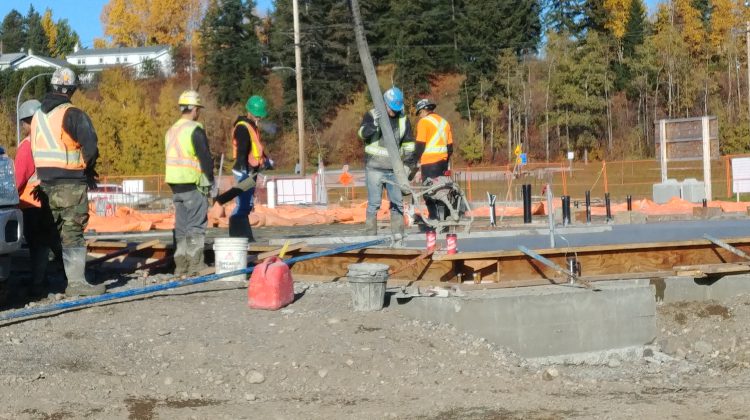 The concrete is being poured for the new Fire Hall #1 in Prince George as construction continues.

Work is also being done on a new water main that will run from the intersection of Massey Drive and Carney Street to the hall’s construction site.

“We’re on schedule to open next fall and the project is as anticipated where we thought we would be and from here on in it is going up.”

“The next couple of weeks you’re going to see the structural steel going up and we’ll see the concrete blocks going up as well and the third piece is the water main.” 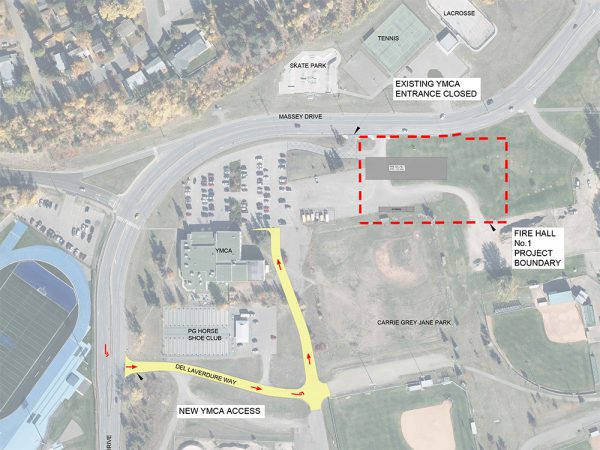 As of Monday, October 14, the existing access to the YMCA of Northern BC will no longer be accessible. As part of the project design, the new entrance to the YMCA will be off Del Laverdure Way, on the south side of the facility off Massey Drive, directly across from Masich Place Stadium. (Photo supplied by City of Prince George)

He believes once the work is all done, this will be put the Prince George Fire Department into the 21st Century.

“The former fire hall ceased being a proper fire hall 15 to 20 years ago, this will be state of the art with an emergency operating where we didn’t really have one at all.”

With the new fire hall expected to be built by next fall, new access to the YMCA of Northern BC takes effect on Monday.

The new entrance will be off of Del Laverdure Way directly across from Masich Place Stadium.

YMCA Amanada Alexander states the new entrance may take some getting used to for its members.

“Everyone knows that we’ve got to make a change to facilitate new projects and it gets a little bit of getting used to, knowing the new ways of coming in and out of our facility.